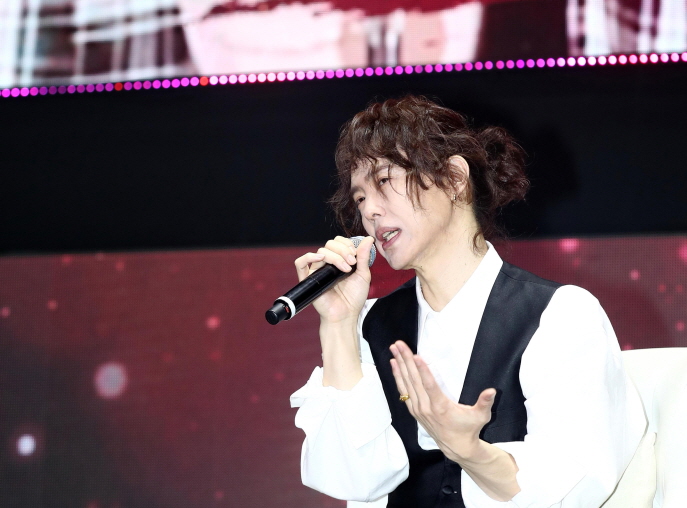 Yang Joon-il, a 50-year-old singer who was considered an outcast in the early ’90s, has enthralled fans in a dramatic comeback that took nearly three decades to happen.

The fairy tale story all began with the retro boom on the YouTube channel “Online Tapgol Park.”

The channel, which takes its name from a park in central Seoul that has come to be known as a hangout for the elderly, curates videos of TV advertisements and music shows from the ’90s.

Yang became an instant fixture there, with his boyish looks and flamboyant fashion earning him the nickname “G-Dragon of the ’90s” after K-pop star and style icon G-Dragon of BIGBANG.

“It seems like he will carry AirPods in his pocket,” one user wrote. “He looks like as if he will go on Instagram,” another user commented. 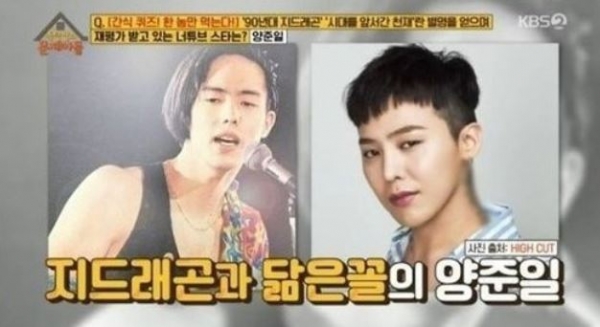 From there, the quest to reclaim his stardom has happened in a whirlwind for the singer who until recently served tables at a restaurant in Florida.

Fans from different generations welcomed his timeless sense of fashion and soulful dance moves that struck a contrast with the meticulous yet somewhat mechanic choreography of most K-pop singers.

More than 60,000 have joined his online fan club, and tickets for two rounds of fan meetings held on Dec. 31 sold out instantly.

Celebrities have spoken up in support of Yang, and he has clinched advertisements for some of the country’s biggest conglomerates like Lotte.

“I was his fan since high school. But my father was so strict I couldn’t dare attempt to meet him. I thought I’d never be able to meet him before I die, but he appeared so suddenly,” said one fan ahead of the event, who asked to be identified as a 46-year-old housewife.

“He looks like G-Dragon, but he’s so much more cool,” she went on.

But fans and cultural columnists say there is more to his charm than music and style. For one, he was not afraid to be himself in a society that demanded that he be like others.

Yang, who once acknowledged he felt “unfit for Korea,” was labeled as being different in the rigid and conservative social backdrop of the early ’90s.

His long permed hair and slim figure — celebrated by fans of the 21st century — was often questioned against other singers who appealed with masculine features.

Yang’s 1992 track “Pass Word” captures this sentiment. Its lyrics read, “Don’t you know Yang Joon-il? Augh he really sucks. Why is his hair so long? He even wears earrings … (I’m) not sure if he is a woman or a man.”

His songs were taunted for being too “decadent” and having too many English words. In one incident, Yang recalled an audience throwing stones at him while he was performing onstage.

“The way he was treated bares the ugly uniformity of the ’90s. He really was ahead of his times,” said a 37-year-old office worker surnamed Kim.

“I’m not his fan, but I still hope that he can now live in a world where he can do what he wants.” 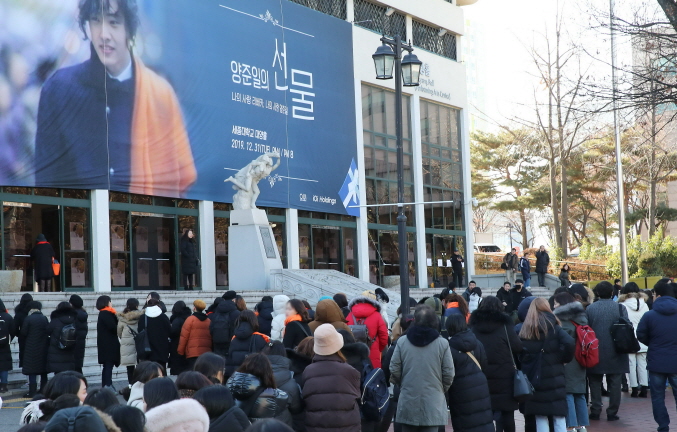 Fans wait in line outside a concert hall at Sejong University in Seoul to attend Yang Joon-il’s fan meeting on Dec. 31, 2019. (Yonhap)

The controversial singer’s music career was far from being smooth. He later disappeared from the public after the immigration office denied his stay permit, prompting his departure.

He returned with the stage name “Jiy” and a bulked-up body and short hair, only to face the public’s disinterest.

While the dramatic transition from restaurant waiter to one of the country’s most-known singers seems like a dream come true, Yang surprised fans with his nonchalant reaction to the newfound fame.

Despite having gone through the ups and downs of life, he has been quoted several times about how he cherishes every moment of life, both the good and bad.

Asked what he would like to tell his younger self, he said, “Joon-il, I know that life doesn’t always go as you wish. But don’t worry. Everything cannot help but end up perfectly,” voicing gratitude for his life trajectory.

In a press conference, Yang said, “There were good things and bad things and I learned a lot going through them. There’s not even a moment that I want to throw away,” adding that “the past no longer torments me.”

The middle-aged fan said this is what really sets him apart.

“As a teenager, I liked him for his looks. But now it’s about his personality. I could really feel that he is a good person … I could relate to his life and his pain. I hope he really succeeds.”

Pundits say this attitude towards life is at the heart of his explosive popularity.

“His quotes on being content with life as it is struck a chord. A lot of people say that we should focus on the present, but it goes unaccounted for. But Yang Joon-il lived such a life,” cultural columnist Ha Jae-keun said.

For Yang, this attitude still stands firm despite the sea changes that have appeared in his life.

The singer said “he doesn’t plan for the future” as he tries to commit his best to each and every second, adding his only plan is to be a great dad and husband.