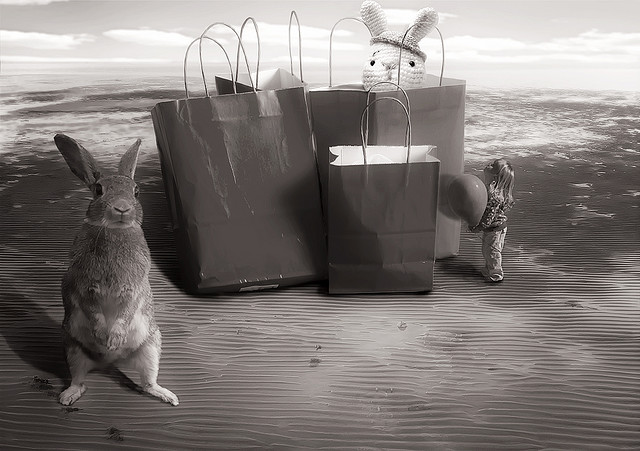 According to Shinsegae Future Trend Research Institute in a report “2014 Retail Industry Trend,” “The explosive growth of direct overseas purchase will continue this year, dealing a serious blow to domestic retailers.”(image:David Blackwell.@flickr)

SEOUL, Korea, Jan 13 (Korea Bizwire) – A housewife surnamed Oh who lives in the suburban area on the outskirts of Seoul, bought last month 48 rolls of toilet paper at US$23.94 from Amazon.com. Taking advantage of no shipping-charge promotion, she could save about 50 won per roll.

She said, “I began shopping on Amazon and other overseas shopping sites to look for ways to save money for things to buy for my baby. These days I even buy things that are available here in Korea, such as shoes, health foods, and daily necessities because they are cheaper and offer many discount opportunities.”

According to Shinsegae Future Trend Research Institute in a report “2014 Retail Industry Trend,” “The explosive growth of direct overseas purchase will continue this year, dealing a serious blow to domestic retailers.”

As the research report points out, the interest in direct overseas purchase by domestic consumers is rising fast. Today one out of four online shoppers in Korea said they have had experience in shopping in any one of the foreign shopping websites such as Amazon and Rakuten.com.

According to a survey by the Korea Chamber of Commerce and Industry held in August last year on 1,650 online shoppers, 24.3 percent of respondents said they have had experience in buying goods through foreign websites or overseas direct buying agencies. They picked as the primary reasons for shopping overseas sites “lower prices” (67.0%), “wider selection” (35.0%), and “superior quality” (20.3%).

Moon Sun-ho, an office worker, said he recently bought Nespresso coffee capsules from a German shopping site. First he was afraid of navigating through totally unfamiliar German language site, but soon found it easy to place an order and make payments with a few clicks.

Indeed, Malltail, an agency specializing in assisting shoppers buying in overseas retail sites from ordering to final delivery, said the number of delivery orders originating from Germany during the month of November last year was 2,500, up 65 percent in four months since the launch of its service in Germany. Most orders consisted of food items such as coffee, tea, and powdered milk but some involved big-ticket items such as gas range and washing machine.

Kim Joo-youn, an after-school teacher, said, “This is an indication that most retailers in Korea are taking huge profits selling imported goods. If they keep doing that without changing their business practice, they will sooner or later end up losing business to foreign retailers selling directly to Korean customers.”