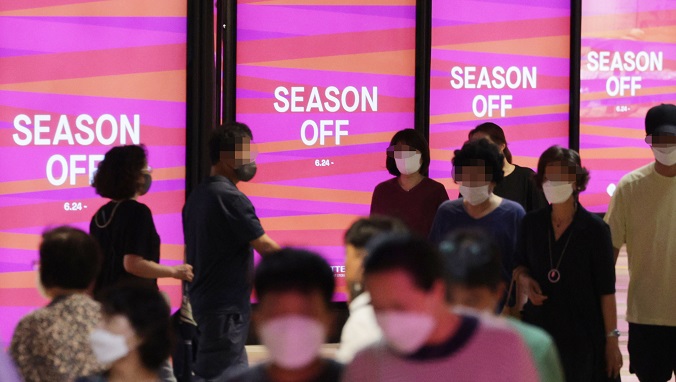 SEOUL, July 6 (Korea Bizwire) — More than 8 in 10 South Korean consumers have the experience of ‘value consumption’ in which consumers choose products and services based on their values and faith, a survey showed Tuesday.

Lotte Members, the membership service for Lotte Group companies, conducted a survey of 1,500 men and women in their 20s to 60s across the country. At 83.5 percent, the vast majority of the respondents said that they had made buying choices based on value consumption before.

This result is consistent with the analysis of three-year transaction data conducted by the Lotte Members research platform Lime.

Value consumption activities, however, were different by generation.

The share of those who experienced relatively active consumption patterns, including the purchase of donated goods (60 percent), vegan animal protection (54 percent) and plogging (40.2 percent), a term created by combining jogging with picking up litter, was the highest among the so-called MZ generation born between the early 1980s and early 2000s.

Generation X had the most experience with value consumption that can be implemented naturally in life, including plastic-free consumption (86.6 percent) and recycling (80.2 percent).

The baby boomer generation had the most experience with zero waste consumption (83.6 percent) and upcycling (63.8 percent).