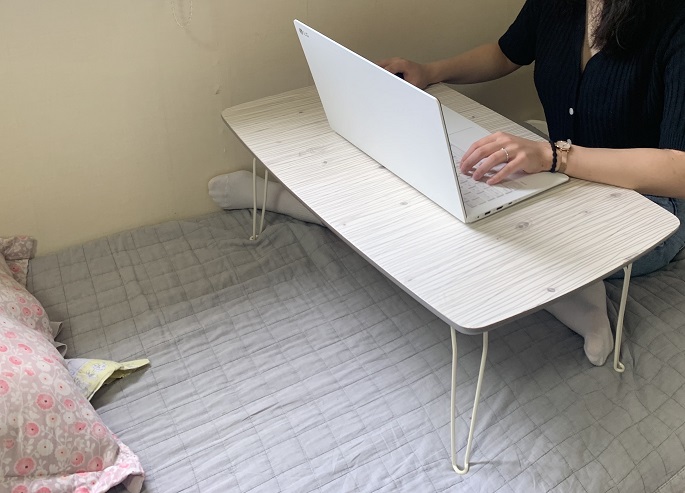 South Korean workers in their 20s said they preferred to work in their bedroom. (Yonhap)

SEOUL, Nov. 24 (Korea Bizwire) — A recent survey has revealed that a substantial share of South Korean workers in their 20s who have worked from home opted to work in their bedroom.

Market analysis firm Opensurvey conducted a survey of 1,200 South Koreans between 20 and 60 years of age.

Roughly one-third of the respondents said that they had worked from home due to the impact of the COVID-19 pandemic.

Among those who had worked from home (multiple answers possible), 51.5 percent said that they opted to work in their living room, followed by 38.8 percent in their bedroom and 30.3 percent in their study or office.

In particular, 58.9 percent of those in their 20s replied that they preferred to work in their bedroom, the highest among all age groups.

This is because they are more likely to live alone in studio apartments where it’s difficult to divide the space by purpose, compared to those in older age groups who tend to live with other family members in relatively large houses.

More than half of the respondents said that they changed the interior design of their living space by buying new furniture or repositioning existing furniture after the outbreak of the COVID-19 pandemic.

With respect to the space where the interior design was changed (multiple answers possible), living rooms (56.9 percent) ranked first, followed by bedrooms (49.6 percent).