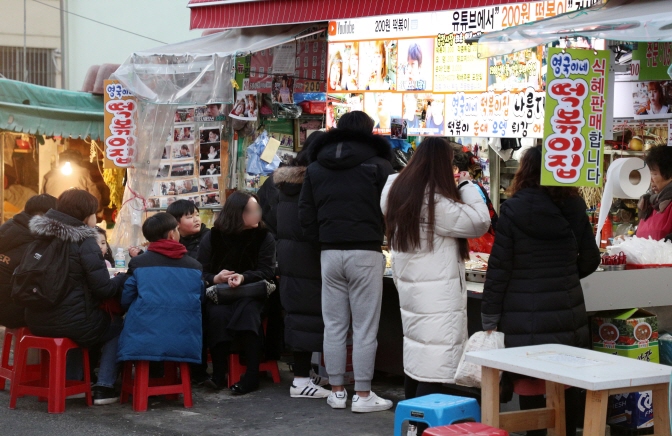 BUSAN, Jan. 10 (Korea Bizwire) — ‘Youngkukine’, what was once an obscure snack seller at the traditional Geumjeong Market in Busan, has now become a popular attraction among local and overseas visitors alike largely due to the massive power of YouTube.

What used to be a hole in the wall for local kids and neighbouring merchants, a small shop specializing in popular street-food snacks such as tteokbokki (stir-fried rice cake) for more than 30 years, has been inundated with a steady stream of travelers as of late.

“My elementary school kids watched a YouTube video about this place and wanted to come so badly, so we had to change our travel plans,” said a tourist family from Seoul.

They were impressed by the great taste of tteokbokki, but  what took them by surprise was prices: tteokbokki sells for too low a price –  with a single dish costing only 200 won ($0.18), roughly at a 10th the usual prices selling in Seoul. Unbelievable quality at unbelievable prices, indeed!

But, the reason behind the sudden popularity, according to Jung Sun-dal, the owner of the store, was several YouTubers who came by the vendor last year and posted a shop review on the video sharing platform that went viral.

Ever since the video was posted, the number of customers has increased fivefold, said Jung.

Some 10 more YouTubers have stopped by ever since, turning a small tteokbokki vendor into a must-go place in Busan, a thriving city on the southern tip of the Korean Peninsula.

“No TV program would come to a humble place like this,” said Jung. “If it wasn’t for the YouTubers, who seemed like to be about the same age as my children, my store would never have gotten any more popular.” 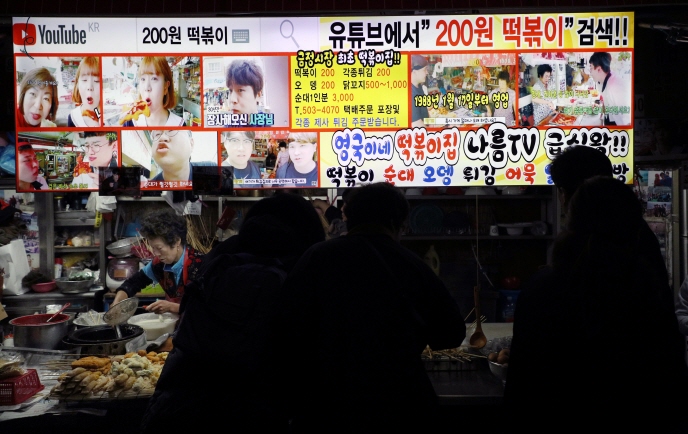 Some 10 more YouTubers have stopped by ever since, turning a small tteokbokki vendor into one of the most popular places in town. (image: Yonhap)

Jung began selling tteokbokki in 1988, starting off with a price of 100 won per plate. Now, the tteokbokki sell for 200 won each, and there has only been one price hike in Jung’s 30 years of running the store.

What’s more, the size of tteokbokki easily outmatch others sold for 500 won by different vendors. “I always made tteokbokki as if I was preparing them for my kids,” said Jung.

“I felt too sorry for the elementary school students and regulars to raise the price, so I’ve been keeping it the same for the past 20-something years.”

Jung, a mother of three, raised her children with pride, as she rigorously kept on with tteokbokki business. She also became an online star for her friendly Busan dialect that was caught in the video.

“Some customers from Seoul would get so frustrated that they would leave, because of my accent,” said Jung. “I did not realize that my accent was that strong,” she laughed.

“There isn’t much to expect in terms of income, since I use most of the profits to purchase ingredients, but I want to continue making tteokbokki for the customers I love like my own children.”