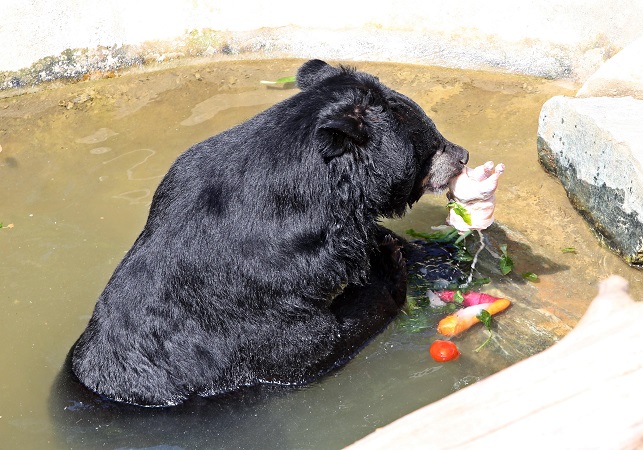 In the summer, artificial ponds are refilled every day to help animals cool down. (Yonhap)

Only 20 people visited the Cheongju Zoo in Cheongju, North Chungcheong Province on Aug. 21 due to the scorching heat. Animals were nowhere to be seen as they stayed indoors to avoid the sun.

“When it’s as hot as this, animals start to lose their appetite, and become less active,” Kwon said. “Here are some vegetables and meat to help them.”

In the summer, artificial ponds are refilled every day to help animals cool down. 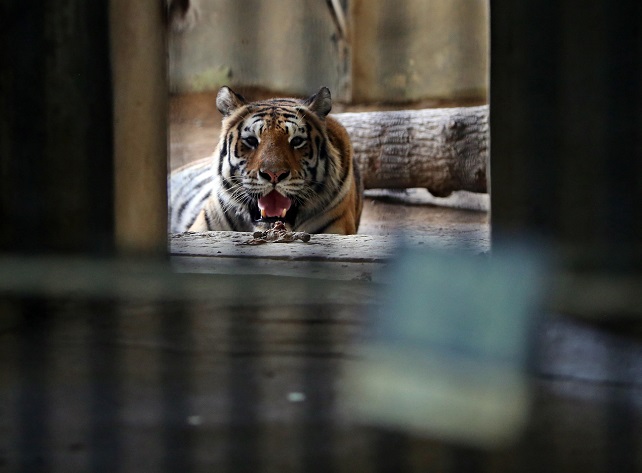 In the enclosure for the Eurasian lynx, a massive ice cube was placed in the corner.

“Animals, like people, don’t like the summer heat,” said a zoo employee. “It almost makes us want to install air conditioners for the animals.”