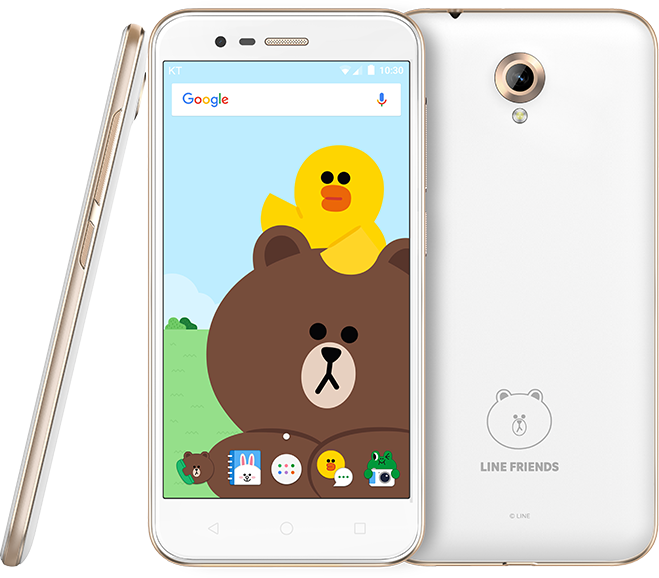 There are currently three ZTE-manufactured devices being sold in South Korea, including the LINE Friends smartphone released through KT Corp., the country’s No. 2 mobile carrier. Inspired by characters made by LINE Corp., a Japan-based arm of South Korea’s Naver Corp., the handset that targets children marks a rare tie-up between the three countries. Such cooperation is viewed as helping the Chinese brand overcome its relatively weak brand reputation in South Korea.

While the suggested retail price of the smartphone designed for children stands at 231,000 won (US$205), it is actually provided for free if users subscribe for a monthly plan estimated at 20,000 won.

Dasan Networks released the Alpha-One smartphone designed in a partnership with Tonino Lamborghini and produced by ZTE. The high-end device’s price tag hovers above $2,000.

“Chinese smartphones tend to be looked down on in the South Korean market,” an industry watcher said. “But ZTE is seeking to make inroads by hiding its identity.”