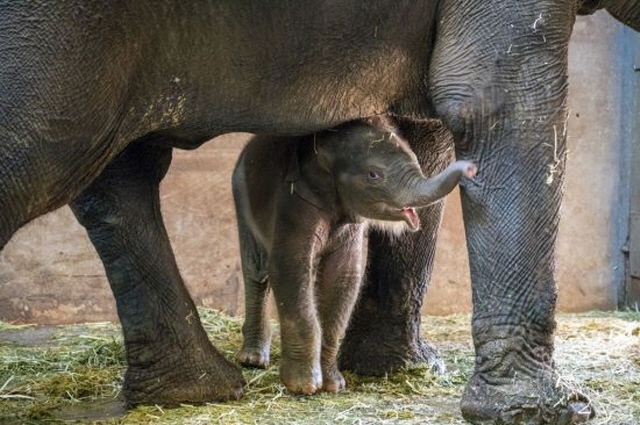 The elephant born on January 27 has been named Kori by a committee of children. (image: Seoul Children’s Grand Park)

After Kori was born to a pair of elephants from Cambodia — 28-year-old male Camdori and 34-year-old female Camsuni — on January 27, the park planned to decide the baby elephant’s name through a public naming contest that ran from May 5 through 25. The two elephants were sent to the park as gifts from the Cambodian government in 2010.

A total of 1,380 entries were submitted to the park and screened by elephant trainers in the first vote and children, parents and volunteers on the second vote before a committee of children decided on the name.

Other than Kori, Ako, Joy, Cambo and Camjjigi were the options in the final stage of the naming contest, according to the park.

Kori’s birth was the first for the species at the park since 1995, when the fourth elephant was born to a pair of elephants from Thailand, donated by Dongkuk Steel Mill Co.