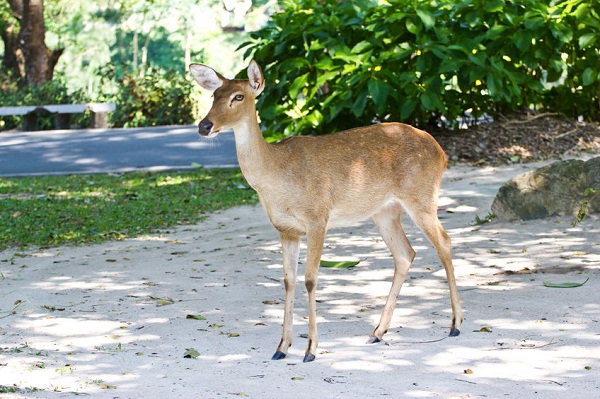 Among the animals most killed on the road were elks, amounting to 9,078 for five years. (image: Kobizmedia/Korea Bizwire)

SEOUL, Oct. 8 (Korea Bizwire) — More than 2,000 animals a year are dead on the road over the past five years in South Korea.

Congressman Kim Hee-kuk announced that, based on data submitted by the Korea Expressway Corporation, 10,819 wildlife creatures were run over by vehicles during the past five years. Among the animals most killed on the road were elks, amounting to 9,078 for five years, followed by raccoons (1,088), Korean hares (198), wild boars (142), wildcats (113), badgers (102) and weasels (58).

“There might be another reason to make more road kills even though fences have been set up,” Kim said. “Experts including animal ecologists should gather together to address the serious road kill problem,” he added.

And road kills are not entirely caused by unintentional factors. A study in Ontario, Canada in 1996 found many reptiles killed on portions of the road where vehicle tires don’t usually pass over, which led to the inference that some drivers intentionally run over reptiles, according to Wikipedia.

To verify this hypothesis, research in 2007 found that 2.7% of drivers intentionally hit reptile decoys masquerading as snakes and turtles. “Indeed, several drivers were observed speeding up and positioning their vehicles to hit the reptiles”.

History of Road Kill
During the early 20th century, roadkill or “flat meats” (or “Highway Pizza”) became a common sight in all industrialized First World nations, as they adopted the internal combustion engine and the automobile. Roadkill can be eaten, and there are several recipe books dedicated to roadkill. One of the earliest observers of roadkill was the naturalist Joseph Grinnell, who noted in 1920: “This [roadkill] is a relatively new source of fatality; and if one were to estimate the entire mileage of such roads in the state [California], the mortality must mount into the hundreds and perhaps thousands every 24 hours.” (Wikipedia)

Causes of Road Kill
In Australia, specific actions taken to protect against the variety of animals that can damage vehicles – such as bullbars (usually known in Australia as ‘roo bars’, in reference to kangaroos) – indicate the Australian experience has some unique features with road kill. In North America, deer are the animal most likely to cause vehicle damage. (Wikipedia)