The municipality of Saha-gu announced Saturday that it would be pushing forth a “forest belt project” in order to reduce fine dust levels and alleviate the heat island effect in the region.

Tall trees will initially be planted in factory and residential areas followed by shrubs in between to complement the larger trees.

The municipality has been the recipient of yearly financial support from the central government to fund previous “city forest” projects. Local municipality funds will also be used to carry out this year’s proposed project.

One local official said that Saha-gu’s average yearly fine dust level was 52㎎/㎥, while its ultrafine particle level stood at 32㎎/㎥, which was the worst of all districts in Busan.

“If the forest belt project is successful, fine dust levels will decline by a significant margin,” said the official. 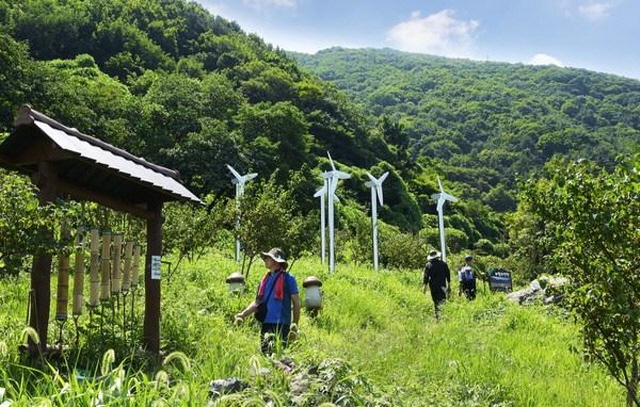 The local government also hopes that the new trees will help decrease the heat island effect that aggravates the heat waves that are common every summer.