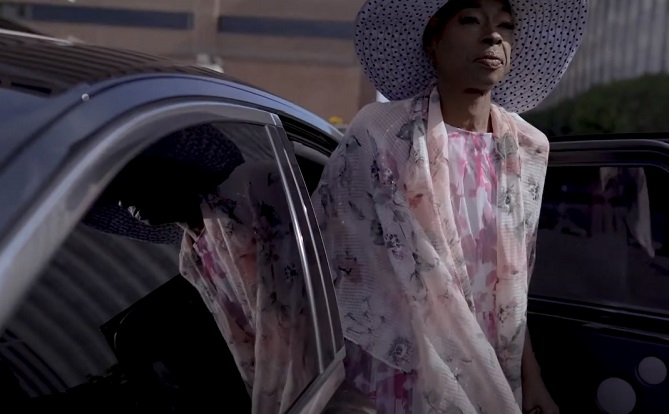 In the first episode, they introduced Aunty Green, a 54-year-old homeless woman, getting a makeover.

In the first episode, they introduced Aunty Green, a 54-year-old homeless woman, getting a makeover on their YouTube channel on Tuesday.

Green used to be a chef, until she lost her home due to financial difficulties. She’s been living without a home for five years.

The second generation Koreans reserved a local hotel room and gave Green a makeover. Wearing a dress decorated with flowers, scarf, and a hat, Green gave a shy smile as she looked at herself in a mirror.

Green then got into a Rolls-Royce limousine waiting outside to drive around Santa Monica beach, and walk into a restaurant in Koreatown with her new friends.

“I’m so happy and greatful to meet you guys,“ Green said. “I’m still very hopeful, especially now that I meet you guys, very encouraged that things will get better.”

Jeong Jin-wook, a second-generation Korean hair designer, first hosted the event for the homeless after meeting with them as a voluntary hairdresser and saw how much they had been suffering during the coronavirus outbreak.

“I took courage to deliver hope to the homeless by finding a new self in the mirror,” he said. “I plan to continue the project.”