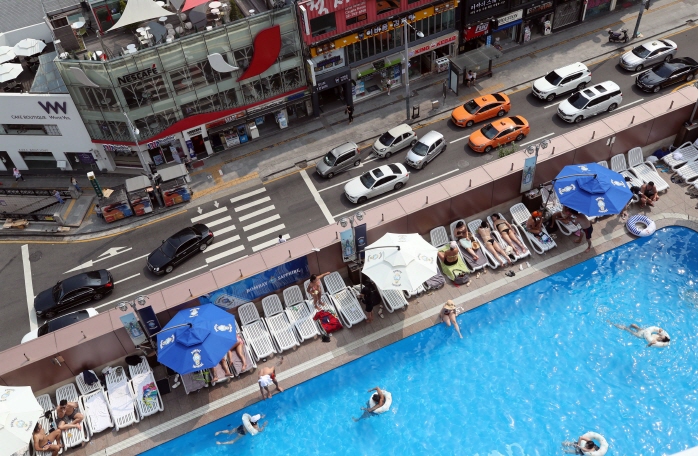 Recently, the number of customers checking in on Sunday and leaving on Monday has been spiking. (Yonhap)

Ever since the new policy came into effect, hotels are receiving more bookings on Sundays, leading them to come up with various accommodation plans to attract more customers.

Recently, the number of customers checking in on Sunday and leaving on Monday has been spiking.

The Seoul Shilla Hotel also reported a 10 percent increase in occupancy on Sundays this year.

The Novotel Ambassador Seoul Dongdaemun Hotels & Residences, which opened in July last year, reported a 15 percent increase in the second quarter of this year over the previous quarter.

Experts explain that the 52-hour workweek policy is allowing people more flexible time to spend their holidays and other time off, many of whom visit hotels on Sundays to avoid Fridays and Saturdays that tend to be more crowded.

The Sunday surge is expected to continue as the ongoing boycott movement against Japanese goods and services is encouraging more people to travel domestically.