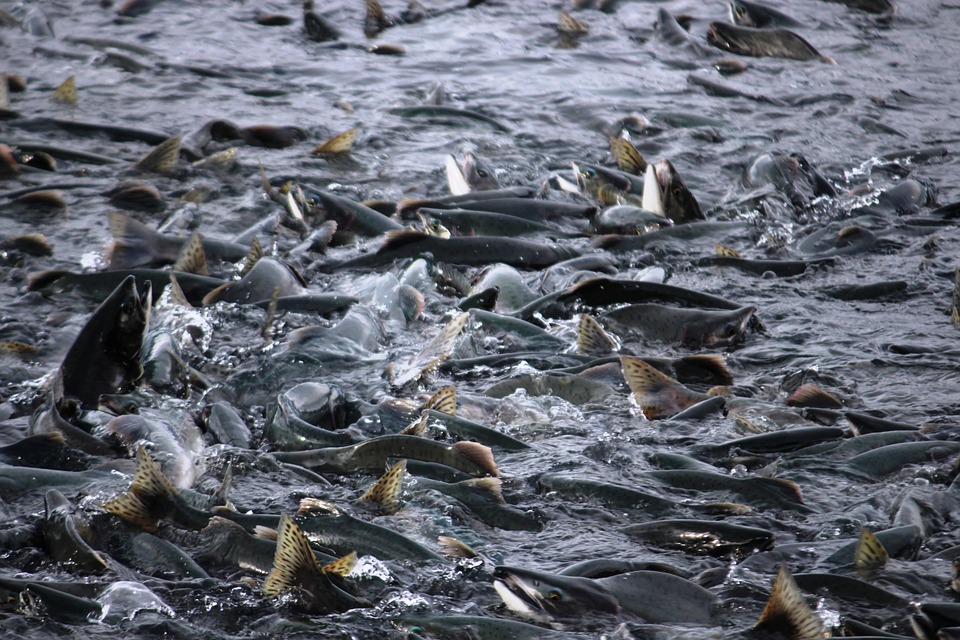 A new record was set when the amount of salmon caught last year, 488 tons in total, was found to be greatest ever caught in Korean history. (Image Courtesy of Pixabay)

SEOUL, May 24 (Korea Bizwire) – A new record was set when the amount of salmon caught last year, 488 tons in total, was found to be greatest ever caught in Korean history.

The Ministry of Oceans and Fisheries reported on May 23 that the new record was announced at the 24th Annual Conference of the North Pacific Anadromous Fish Commission (NPAFC).

In 2003, South Korea registered as a member of the NPAFC, an organization that manages salmon stocks in the North Pacific, in order to secure a position as an originating native nation for salmon in their early years, prior to their oceanic migration, and in order to evaluate salmon migration.

The Ministry of Oceans and Fisheries went on to explain that as a result of actively carrying out salmon release and stocking operations in Gangwon, Gyeonbuk, and Gyeongnam provinces, a total of 488 tons of salmon (worth around 1.5 billion won) was caught last year, setting the record as the highest amount of salmon caught since South Korea’s registration in the NPACFC.

The reported amount was around a 10 percent increase from the amount of salmon caught in 2014, which was 437 tons.  The new record is seen to be the result of reinforced patrols on illegal fishing in the four member nations of the NPAFC – the U.S., Canada, Russia, and Japan – as well as in the North Pacific, and also for the active exchange of research findings such as salmon stocking techniques.

The Ministry of Oceans and Fisheries announced that it will exert much effort in international cooperation to eradicate illegal fishing operations, such as participating in aircraft patrols of the North Pacific in collaboration with maritime police.

Furthermore, researcher Jeong Suk Park from the ocean industry department at South Korea’s Ministry of Oceans and Fisheries was appointed as vice-president of the NPACF at this annual conference, establishing the groundwork for his potential future advancement as the chairman.