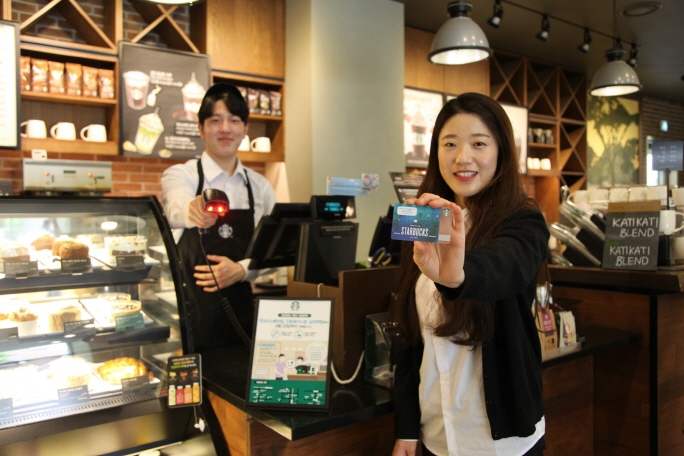 SEOUL, Apr. 4 (Korea Bizwire) — Starbucks Coffee Korea Co. said Friday it will increase the number of cashless stores to 759 outlets across South Korea to better cater to the growing popularity of digital and credit card payments.

More than 60 percent of the 1,280 stores operated by the coffee giant will only accept credit cards and mobile payment systems, according to the joint venture between Starbucks Coffee International Inc. and South Korean retail giant Shinsegae.

The company will turn 350 more branches into cashless stores in addition to the 409 that have already ditched cash, although it didn’t disclose any details on the schedule for this.

Starbucks said the decision is part of its broader digital innovation drive, as the number of cash payments has been declining at its stores in South Korea.

The daily average for electronic financial transactions came to a record 126.1 billion won (US$111.1 million) in 2018, up 86.2 percent from a year earlier, according to government data.