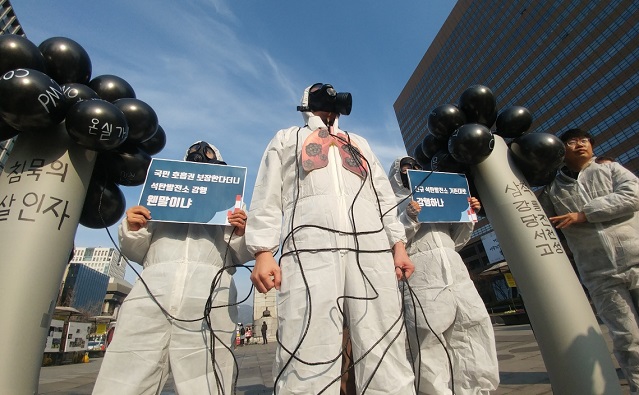 SEOUL, Nov. 7 (Korea Bizwire) — Nearly 94 percent of South Koreans consider the climate crisis “serious,” but only half believe the issue is connected to human rights, a survey showed Sunday.

According to the survey of 1,500 people commissioned by the National Human Rights Commission, 80.4 percent responded that they are interested in the climate crisis issue.

Asked how serious the crisis is, 93.7 percent said “serious,” while 79.8 percent said climate change seriously affects people’s lives, according to the survey.

But only 52.1 percent of the respondents thought the issue is related to human rights.

Duroo, a nonprofit organization of lawyers, and law firm Jipyong, which conducted the survey, said the government should make greater efforts to provide people with information on climate change’s relations to human rights.

The human rights watchdog commissioned the survey after about 40 people filed a joint petition claiming their human rights were violated due to the climate crisis, such as climate change leading to more accidents at construction sites and other workplaces.

“There have not been sufficient social discussions on the relations between climate change and human rights,” a report of the survey said. “The Human Rights Commission should play a more active role.”