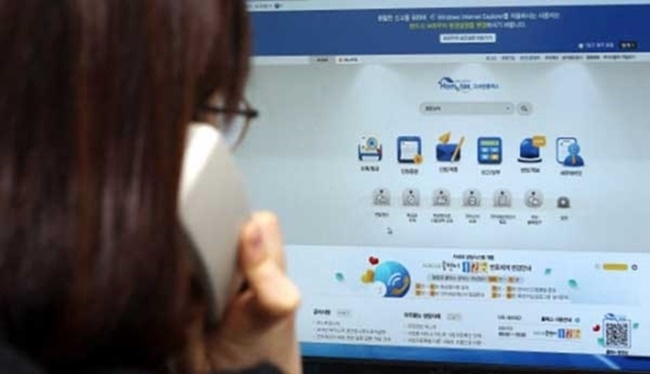 Plug-ins, software add-ons, are installed on PCs and works in conjunction with internet browsers to allow new features. (Image: Yonhap)

The Ministry of the Interior and Safety said on Tuesday that 30 select government websites will go through an ‘Active X purge’ this year, as part of the initiative to do away with controversial plug-in programs by 2020.

Plug-ins, software add-ons, are installed on PCs and works in conjunction with internet browsers to allow new features.

However, due to a number of issues such as security vulnerabilities, crashes between programs, and causing computers to reboot, the controversial use of ActiveX has drawn criticism for years.

As such, the interior ministry has released a comprehensive roadmap outlining steps to remove plug-ins.

Reforms to electronic signatures are on the way, as the interior ministry will work with the Ministry of Science and ICT and other branches to solve the issues surrounding official authentication certificates, the main culprit in the widespread use of ActiveX in the country.

Rules banning new government websites from requiring ActiveX are set to be introduced by the end of March, while a structural website overhaul will take place, allowing the use of different types of proof of identity such as voice recording.

The interior ministry already offers its simple year-end tax settlement service without the use of ActiveX, with plans to get rid of the plug-in program this year.

Since December, the interior ministry has also been identifying possible problems that could be caused as a result of the removal of plug-ins from its ‘Government 24′ service.

ActiveX is scheduled to be removed from the 30 select websites, which account for nearly 90 percent of the traffic generated by all South Korean government websites, and experts believe the evaluation of the current administration’s anti-ActiveX policy will come only later this year.

Over half of government websites offering public services in South Korea are thought to be older than seven years, using aging systems.

During the presidential election last year, then-candidate President Moon pushed for a ‘No Plug-in’ policy, effectively declaring a war on ActiveX.