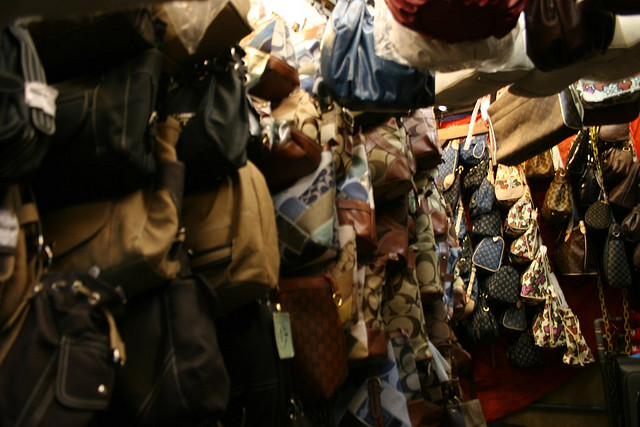 The volume of the black market for fake goods is about 26.2 trillion won based on genuine goods prices and 5.2 trillion won in actually traded price terms. (image:Mahmood Al-Yousif/flickr)

SEOUL, Dec.2 (Korea Bizwire) – A study said the volume of the underground economy related to counterfeit goods is estimated at 26 trillion won (US$23.5 billion), with potential tax loss reaching as high as 500 billion won.

Joo Won, senior research fellow with Hyundai Economic Research Institute, said on December 1 in a report titled “Estimating the Size of the Underground Economy due to Counterfeit Goods,” “The volume of the black market for fake goods is about 26.2 trillion won based on genuine goods prices and 5.2 trillion won in actually traded price terms.”

The figures were estimated based on international studies conducted by the Organization for Economic Cooperation and Development and others that the world’s counterfeit goods trading volume reaches about 2 percent of that of all goods.

Dr. Joo said, “As most fake goods are sold under the table, about 520 billion won of tax losses is incurred a year, accounting for 0.3 percent of all national tax revenue.” According to data by the Korea Customs Service for three years from 2011 to 2013, the counterfeits caught at the Korean customs were valued at 754.8 billion won a year, of which 90 percent were in violation of trademark laws. Of all caught counterfeits, 96.8 percent originated from China.