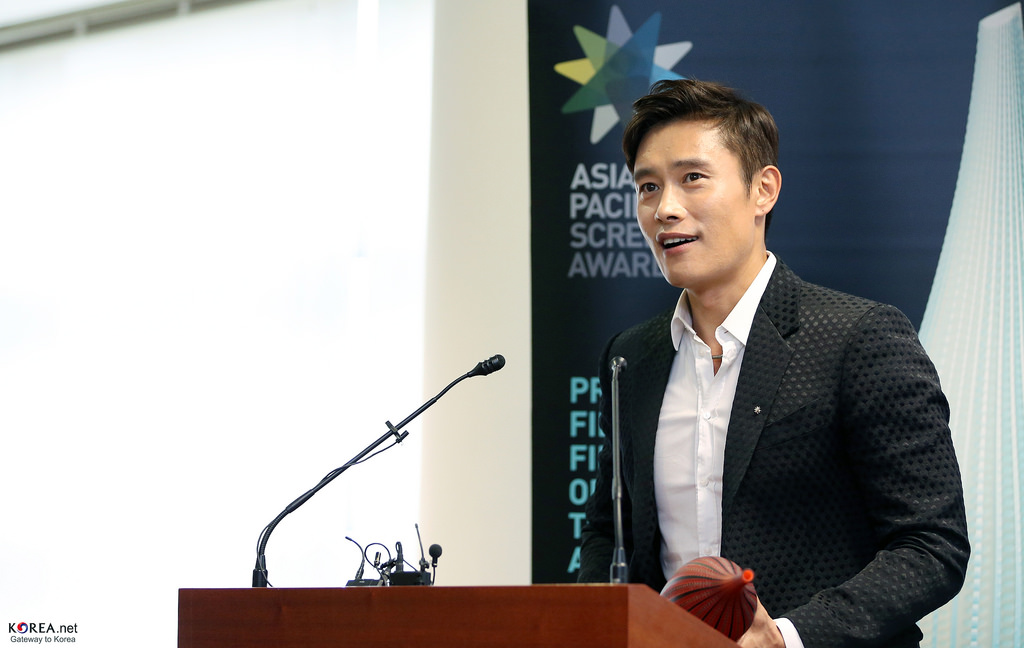 Lee, best known to Western viewers for his roles in Hollywood films “Terminator Genisys” and “G.I. Joe: The Rise of Cobra”. (image: Flickr/ Republic of Korea)

LOS ANGELES, June 30 (Korea Bizwire) – The Academy of Motion Picture Arts and Sciences (AMPAS) that gives out the Academy Awards has appointed four Koreans who represent the country’s film community, including actor Lee Byung-hun, as its new members, according to its official website on Wednesday.

Lee, best known to Western viewers for his roles in Hollywood films “Terminator Genisys” and “G.I. Joe: The Rise of Cobra,” filmmakers Park Chan-wook of “Oldboy” and “Stoker” and Lee Chang-dong of “Poetry” and “Oasis” were among the 683 people invited this year to be new members of the Academy. The list also included Kim So-yong of “For Ellen.”

Among the new Korean-American members are Jhun Yong-duk, a DreamWorks’ cinematographer, actor Daniel Dae Kim who appeared in the American TV series “Lost” and the Hollywood film producer Roy Lee.