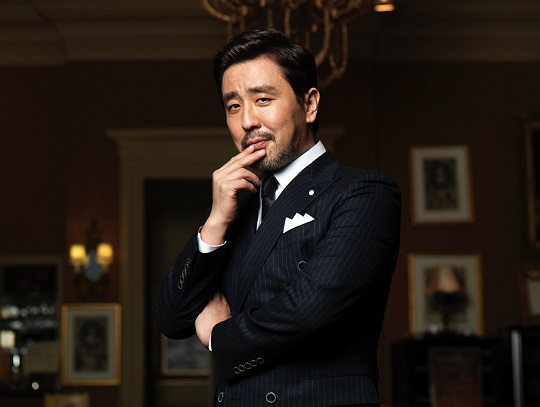 While producing for the commercial, Mr. Ryu said, he realized entertainers could make a huge difference in creating buzz for start-up businesses.

SEOUL, Nov. 9 (Korea Bizwire) — Actor Ryu Seung-ryong and the CEO of his talent management firm Yeo Jun-young will become start-up investors. According to industry sources on November 7, Ryu, famous for his role as a mentally handicapped father in Miracle in Cell No. 7, one of the highest grossing Korean films of all time, and Yeo of Prain Global Inc. would form an investment fund after exchanging views on the market prospect.

While producing for the commercial, Mr. Ryu said, he realized entertainers could make a huge difference in creating buzz for start-up businesses. Indeed, it became one of the most popular commercials for its funny use of old images such as Manet’s “The Luncheon on the Grass,” a picture of construction workers sitting on a steel bar high up a New York skyscraper, and a Koguryo wall painting.

The commercial was, it was reported, instrumental in putting the Nation of Delivery app to the undisputed No. 1 position among food delivery app service providers. During the month of September this year, for example, its monthly visitor number surpassed 2.5 million, which is more than the combined visitor numbers of two runners-up, Yogiyo and BD-Tong.

The fund Ryu and Yeo will create will grant each entrepreneurial firm about 100 million won (US$920,000). Even though they have not decided exactly where to put their money, they said the fund will focus on growth potential without regard to industrial area. The two will lend full support to the firms they will fund with their star power and know-how in entertainer promotion.