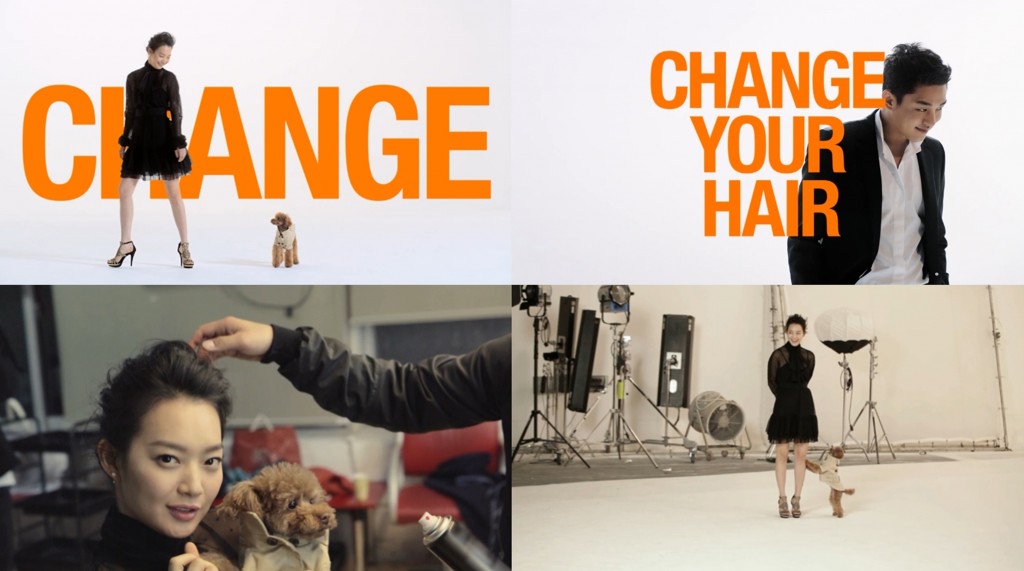 In the video, Shin transforms herself into six different divas who tempt their counterpart Yoo in different ways.(image:AmorePacific)

SEOUL, July 15 (Korea Bizwire) — A music video featuring Korean female actor Shin Min-a boasting her fine and silky hair is gaining popularity. The commercial for the “Mise-en-scène” shampoo uploaded on July 1 has logged in more than 500,000 views for only two weeks.

Shin, partnering with the young hunk Yoo Ah-in, shows off a variety of hair styles that will be copied by the millions during the summer.

In the video, Shin transforms herself into six different divas who tempt their counterpart Yoo in different ways. One of the most attractive hair styles in the video was the “romantic feminine up style,” which resembles that of a fido in the scene.

Later it turns out the dog was her own pet Woody. In a separate making-of video clip, Shin walked with Woody and made lovable eye contacts, which showed a new side of her attractiveness.

The Mise-en-scène music videos can be found on youtube.com/mjsenkr. The shampoo brand will stage a promotional event on its Facebook page (www.facebook.com/mjsen.kr) from July 15 in which lucky winners will get free Perfect Repair Special sets.