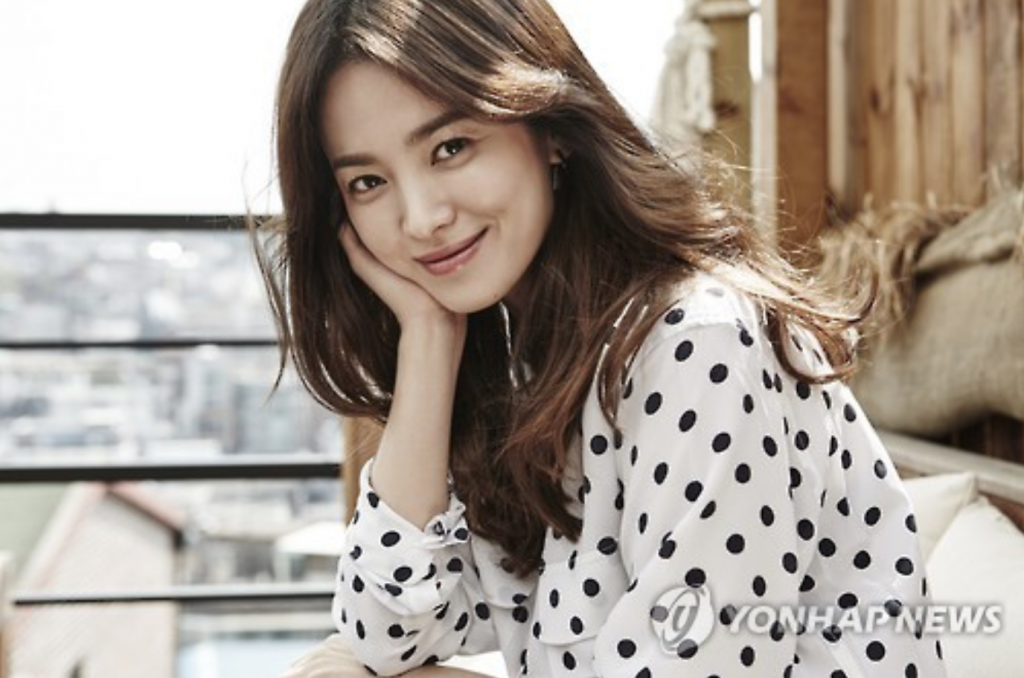 The bulk of the sum came from damages she won from a jewelrymaker which used her image from the drama series without permission. (image: Yonhap)

The heroine of a number of hit television series including most recently “Descendants of the Sun,” delivered a total of 150 million won (US$124,000) to the Beautiful Foundation on Wednesday, according to the non-profit organization.

“(Song) asked us to use the donation fund to support young prospective jewelry designers,” an official from the foundation said.

The bulk of the sum came from damages she won from a jewelrymaker which used her image from the drama series without permission. The donation also includes some of her private wealth.

The Beautiful Foundation was founded by Seoul Mayor Park Won-soon and other civic and legal leaders in 2000.

Eight months ago, Song was locked in a legal feud with jewelrymaker J.ESTINA over images of her from the series being used for commercial purposes.

In refuting the claims, the jeweler claimed that as one of the TV show’s sponsors, it had the right to use Song’s image in advertising and publicly disclosed their copy of the sponsorship contract. However, Song’s agency countered that J.ESTINA was not entitled to the right to freely use the captured images and edited video clips of the television series without the actress’ permission.