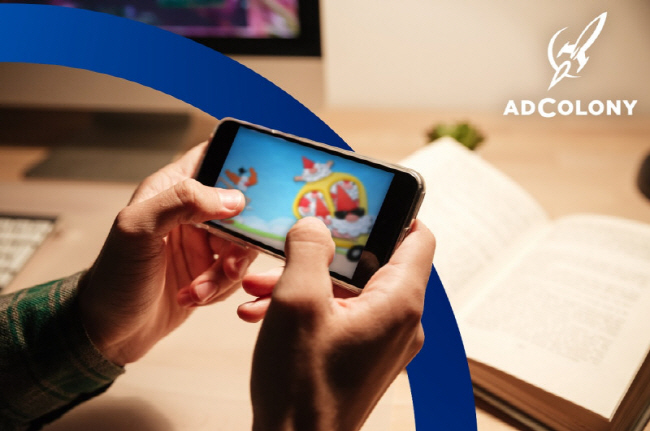 Its most significant upgrade to its mobile ad technology since 2016, the new SDK, built with the latest operating system releases from Apple and Google in mind, marks the culmination of several major technology initiatives for AdColony, offering developers significantly more options for monetizing with one of the most experienced mobile monetization platforms on the market.

“Every integration and every app is unique,” said Vikas Gulati, AdColony’s head of global performance. “Sometimes display ads are the right choice, whether that be banner or full-screen interstitial, and we’re very excited to offer all the solutions mobile app developers might need to monetize effectively via a single integration.”

While AdColony is primarily known for its video ad solutions and creative executions, the company has operated a display business under its legacy AdMarvel platform, and its video and programmatic display integrations include partnerships with Amazon, Google, PubMatic, The Trade Desk and many more. By bringing all of this to a single, unified SDK, mobile app developers now have more options than ever before.

“While video provides the value of sight, sound and motion, it isn’t always the right ad unit for all advertisers,” said Jude O’Connor, AdColony’s general manager, brand for North America. “By offering high-quality display via our SDK, AdColony provides a more well-rounded set of solutions to our brand advertisers. High demand and strong relationships with the largest brands and agencies in the world is one of the great values AdColony provides our publishing partners compared to other SDK-based networks. Display opportunities will further enhance our ability to bring publishers this diversified demand.”

More for Advertisers
In addition, AdColony SDK 4 includes the IAB’s Open Measurement standard to further increase transparency with advertisers. AdColony has led the charge on mobile ad transparency and accountability for years and was the first mobile ad SDK to be integrated directly with the three most-trusted global measurement partners; Moat, DoubleVerify and Integral Ad Science. The IAB’s Open Measurement standard moves those viewability and measurement integrations into a single part of the SDK, making integration smoother for developers and allowing AdColony to support even more measurement options in the future, without requiring additional SDK releases.

“Advertisers of all kinds, but especially brands and agencies, demand more and more transparency, especially in the current programmatic age,” said Matt Barash, AdColony’s head of strategy and business development. “The IAB is setting the pace with standards for mobile apps just as they have for the web for years, and their Open Measurement standard is one we’ve been eager to implement to give our advertising partners the peace of mind they deserve.”

AdColony is also reinforcing its full support for the IAB’s App-Ads.txt programmatic standard, which offers security and transparency for both developers and advertisers.

AdColony SDK 4 is available for Apple iOS, Google Android and Unity Engine and can be downloaded from the AdColony GitHub. An Adobe Air extension, as well as adapters for mediation partners, will be released in the coming weeks. Despite being a full version number release, AdColony SDK 4 is a drag-and-drop update for developers already using the company’s 3.0 SDK or newer, bringing all these features to developers with ease. To learn more, visit www.adcolony.com/SDK.

About AdColony
AdColony is one of the largest mobile advertising platforms in the world with a reach of more than 1.5 billion users globally. With a mission to elevate the state of mobile advertising by focusing on the highest quality consumer experiences that deliver outcomes for brands and publishers on today’s most popular apps, AdColony is trusted by Fortune 500 brands and over 85% of the world’s top-grossing mobile publishers. Known for our exclusive Instant-Play™ HD video technology, proprietary rich media formats, our global performance advertising business and programmatic marketplace, and our extensive ad SDK footprint in the top apps worldwide, we are passionate about helping brands connect with consumers at scale on the most important screen in their lives. A fully-owned subsidiary of Otello Corporation, AdColony is a global organization with over 20 offices worldwide.