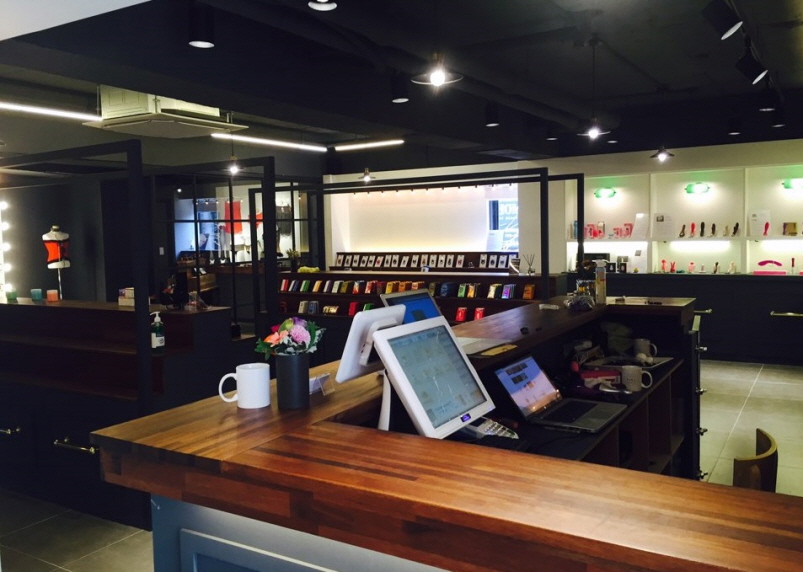 The interior of the adult shop for female clients, which is located in the residential area of Hapjeong in western Seoul. (image: Pleasure Lab)

SEOUL, Aug. 11 (Korea Bizwire) — Chang Jae-in, who asked for an alias, said she has opened up to her friends and boyfriend, and told them that she frequently visits adult shops for her pleasure as she can now freely talk about sex in conservative Confucian-based South Korea.

Unlike the previous stigma of women using sex toys as sexually deviant, the use of such products has become more socially acceptable nowadays thanks to a number of newly opened adult shops that are actually flourishing in downtown Seoul.

“Visiting the shops to window-shop or to buy adult toys has become part of routine weekend dates with my boyfriend,” the 31-year-old said. “I do not necessarily need to be conscious of other people when entering such places.”

South Korea, a Confucian and male-dominated society, is undergoing a fast transition when it comes to gender roles and women’s sexual empowerment. People are also starting to witness a wind of change in the mindsets toward sex, not only among the young generation.

Shops like Pleasure Lab and Red Container are defining the recent changes to conservative South Korea by breaking a stigma that adult shops are only for a small number of niche male customers. The shops aim to break social silence about women and sexuality, while teaching customers how to use various items ranging from vibrators to condoms.

Unlike conventional adult shops that are mostly tucked away in small back alleys, Pleasure Lab — co-founded by 29-year-old Kwak Yu-ra in 2015 — is located in the upscale neighborhood of Sinsa-dong in the heart of Seoul. The chic yet elegant interior was aimed at targeting female clients.

“The biggest change is that women are no longer shameful of visiting the shops,” said Kwak, a former nurse. “Our goal is for more women to enjoy and be proud of their sex lives.”

The shop sells at present some 200 different items from scented condoms, lingerie and sex toys to ointments designed to enhance female sexual pleasure. The best-selling items are imported vibrators for women that are priced between 90,000 won (US$80) and 250,000 won, including the mega-hit item — Womanizer. 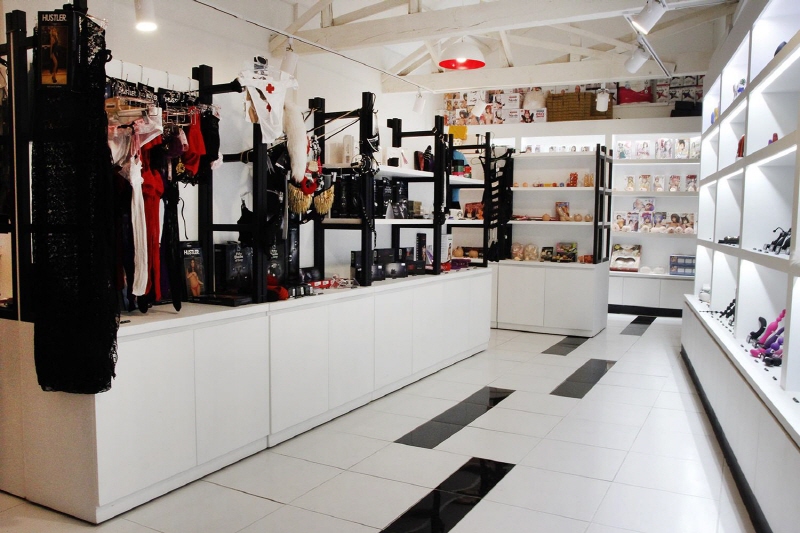 The interior of the adult store, which is located in a main ally in the popular foreigner district of Itaewon in central Seoul. (image: Red Container)

The response has been so phenomenal since the opening that the partners already expanded their operation to Hapjeong in 2016. There was some apprehension when they approached for registration, as the building is home to a church in a residential part of Seoul.

“It would have been unthinkable for an adult shop to be located in the same building as a church, but things have changed a lot recently. Pastors and the people from the church have not opposed our opening,” Kwak said.

Thanks to a string of loyal customers, Pleasure Lab also launched its own line of products, including relatively reasonably priced ointment products to target female clients in their 20s and 30s.

“I have seen couples in their early 20s to those in their 70s visiting the shop to purchase products,” said a Hapjeong store manager asked not to be named. “Sex toys are not just for young people anymore.”

Red Container, located in the center of a main ally in the popular foreigner district of Itaewon in central Seoul, also has become a boon for business in the district despite some earlier worries.

“Red Container, in fact, was more of an experiment for us,” said Koo Jonng-hoe, the shop’s general manager. “We were first worried about the reaction but soon were surprised about better-than-expected sales and positive response not only from customers but also from nearby shop owners.”

The shop — unlike other small-sized adult shops located in a short alley where customers have to climb a dimly lit staircase to get to — brings in more than 1,000 customers per day on the weekends, with more than 90 percent of them being female customers.

“Most of the customers are women in their 20s and 30s who visit the adult shops for the first time,” Koo said. “However, we have seen more female customers coming back with their boyfriends.”

In order to help female customers or those who still feel shy or awkward about visiting the shop, the company also offers online purchasing of more than 150 items, which account for about one-tenth of the sales. Reflecting the popularity, the store also plans to open 10 more stores across the country by the end of the year.

More men are also becoming open to this phenomenon, saying they would no longer be horrified if they found out their partner was using a sex toy for their own pleasure.