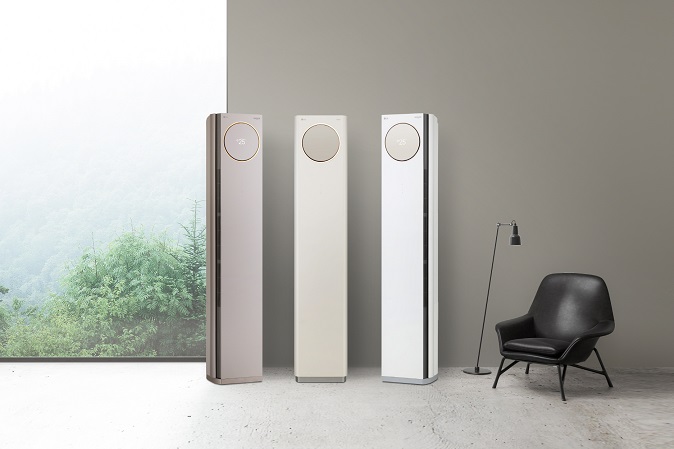 SEOUL, Nov. 15 (Korea Bizwire) — Air conditioners, once regarded as home appliance items only for the summer season, are evolving towards use in all four seasons thanks to the application of various functions, including not only air-conditioning but also air purifying and a variety of heating options.

LG Electronics Inc. analyzed the data of 129,311 stand-type air conditioners registered on its ThinQ app. The analysis showed that the monthly usage hours for January, in the middle of winter, averaged 6.4 hours.

Of the total, 2,937 units were operated during the month of January. Among them, 1,837 units were used for air purifying and 669 units for heating.

The most used function was air purification at 58.6 percent. During days when the density of fine dust was high, the use of this function increased sharply.