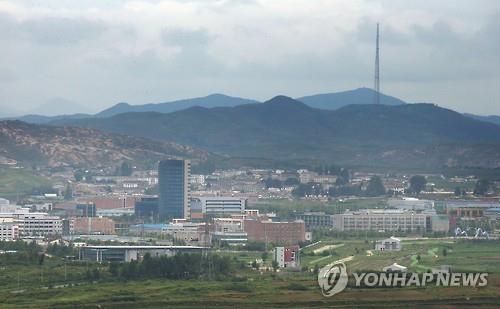 SEJONG, Sept. 3 (Korea Bizwire) — Inter-Korean trade in the first seven months of this year recovered to levels before Seoul imposed blanket sanctions against the North for the sinking of its naval ship, government data showed Thursday, thanks to increased exchange via a joint industrial complex.

According to the Korea Customs Service (KCS) data, the value of cross-border trade reached US$1.53 billion in the January-July period, which is roughly on par with $1.56 billion reported for January-July of 2009. The total also marks a 22.4 percent increase from $1.25 billion worth of goods traded in 2014.

In the seven-month period, South Korea shipped some $716 million worth of intermediate goods and components to the North and brought in $816.5 million in assembled products.

The increase was attributed to a rise in the unit cost of products traded through the joint industrial park in the North’s border city of Kaesong.

Two months after the North’s deadly torpedoing of the Navy ship Cheonan in March 2010, Seoul slapped the sanctions on Pyongyang, severing almost all exchanges with the communist North.

In 2010, trade between the two Koreas plunged to just over $1.14 billion, while in the following year, the figure fell to just under $11.2 billion. Trade figures rose to around $1.27 billion in 2012, but nosedived again to $604 million in the following year after Pyongyang pulled out its workers from Kaesong, effectively shutting down the complex for five months.

Almost all of the trade during the seven-month period centered around the Kaesong industrial complex just north of the demilitarized zone that separates the two Korea.

The zone, which was excluded from the sanctions, is home to more than 120 South Korean companies that employ about 55,000 North Korean workers. It was created following the landmark 2000 inter-Korean summit and first churned out products in late 2004.

Besides the exchange via Kaesong, the KCS said there is no other meaningful trade between the two sides, since the sanctions cut off most exchanges with the North, including tourism, commercial transactions and private aid. Even the Kaesong complex is affected because no new investments are permitted.

Related to the rise in trade, Chung Ki-sup, the chairman of the Kaesong Industrial Complex Companies Association, which represents the interests of local firms operating in the North Korean complex, said he wants the two Koreas to hold talks that would ease restrictions.

“Despite the increase in trade, it is fundamentally impossible to expect any real change under the present circumstances,” the entrepreneur said. He pointed out that more trade with the North can benefit the South Korean economy in a period of slow growth.