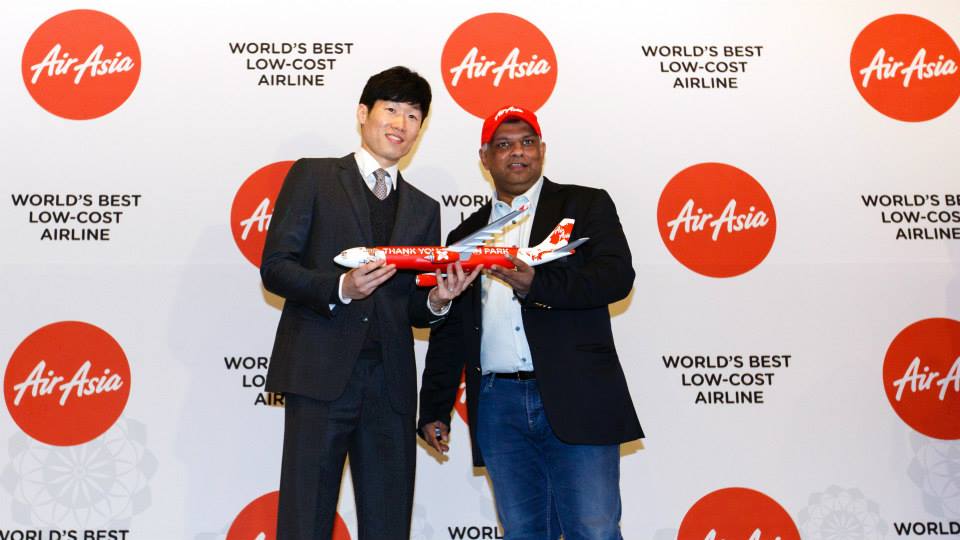 On December 10, AirAsia launched the limited free seats promotion for all direct flights from Korea, excluding airport tax, fuel surcharges and other applicable fees. As an ambassador, Park will participate in AirAsia’s upcoming global campaigns, as well as make event appearances across the region.

With the promotion, passengers can purchase seats from Seoul to Kuala Lumpur and Bangkok for 29,900 won (US$27.20) and from Busan to KL for 23,900 won. For destinations in the Philippines, tickets will be available for 81,400 won to 86,400 won based on the point of departure and arrival.

The “almost” free seats are one-way from Korea, and are available at AirAsia’s website on a first come, first served basis. The free seats are limited to flights departing from Korea between July 1 and October 31, 2015.

Park said, “It’s an honor to be the global ambassador for AirAsia. I hope we can achieve many great things together.”

Meanwhile, Fernandes announced that the airline plans to offer Honey Butter Chips in flights to and from Korea. He said, “We will offer the chips and Soju as Koreans are fond of them. However, the chips will be served in their pack, and not in a bowl or dish.”