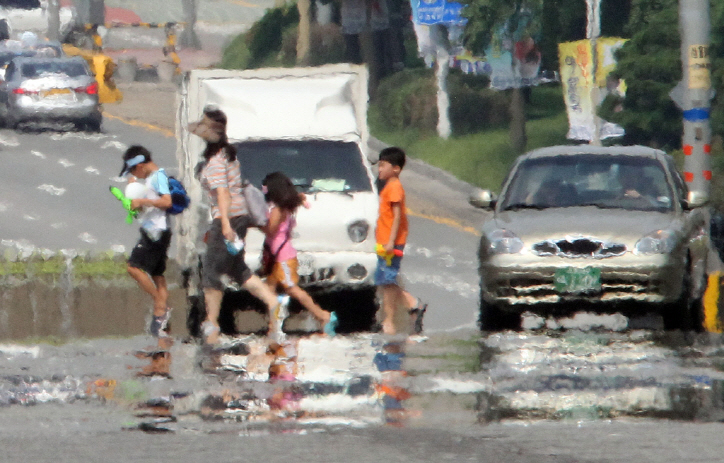 SEOUL, Jun. 7 (Korea Bizwire) — With temperatures once again soaring above their yearly averages, a report released by medical experts says that one out of seven mental patients ending up up in the emergency room is typically affected by the heat.

In addition, one out of three patients hospitalized for anxiety attacks were also found to be affected by severe temperatures.

Professor Kim Ho of Seoul National University and his research team studied the correlation between heat waves and psychological disorders in six Korean cities (Seoul, Incheon, Daejeon, Daegu, Busan and Gwangju) between 2003 and 2013.

The results of the study were published in the recent issue of “Science of the Total Environment.”

The research team defined “heat wave” as temperatures of over 29.4 degrees Celsius and analyzed the effect of high temperatures on 166,579 patients rushed to emergency rooms for mental illnesses.

The study showed that there was a strong correlation between high weather temperatures and mental wellness.

The research team stated that 14.6 percent of mental patients in emergency rooms had been affected by the heat. The elderly population was found to be especially vulnerable to higher temperatures.

The study results were synonymous with similar research performed in other parts of the world.

A report published earlier stated that cases of mental-related hospitalizations in Shanghai can increase by up to 26.6 percent when temperatures rise above 33 degrees Celsius.

“In order to minimize the harm, policy measures are necessary,” Ho added.