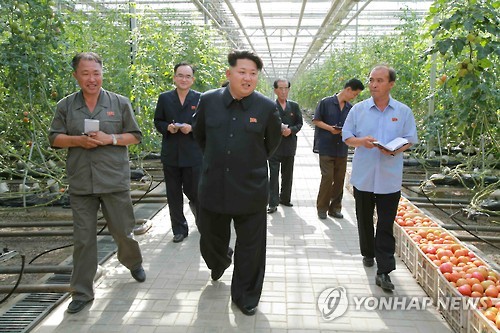 Seoul, July 9 (Korea Bizwire) — It was reported by The Telegraph, the British daily newspaper, that a farm manager in North Korea was executed after turtles at a farm he operated starved to death.

The man was executed in mid-May, right after North Korean supreme leader Kim Jong-un visited the farm. When the farm manager explained that “the farm lacks electricity and food”, Kim Jong-un responded that the manager “lacked loyalty to the party”, and ordered him to be executed.

Quoting the Korean Central News Agency (KCNA), The Telegraph reported that the executed man was the manager of a turtle farm near the Taedong River. The KCNA reported that when all the baby turtles in the aquarium died, Kim ordered that the manager of the farm be shot to death. The farm staff plead that they were short of electricity that supplied oxygen to the tanks, as well as food to feed the turtles.

However, Kim was said to have reprimanded the staff over how “they forgot about revolutionary history and how his father (Kim Jong-il) had founded the farm”, and was furious, saying, “They were murmuring losers that lack loyalty to the party and the leader.”

According to Kim Jong-un, if the farm staff were loyal, the heavens would have helped, but the complaints that they were short of power, equipment and food were “nonsensical”.

The South Korean news organization DailyNK reported that the execution would have happened regardless of whether the baby turtles had died, because Kim Jong-un wanted to set an example. At the scene, however, no one stopped the young leader from executing the manager.

The Telegraph saw this is as executives sparing themselves to avoid execution while Kim Jong-un tries to solidify his system. Other media reported statistics from the Korean National Intelligence Service that around 70 high ranking party officials have been executed since December 2011, when Kim Jong-un seized power.