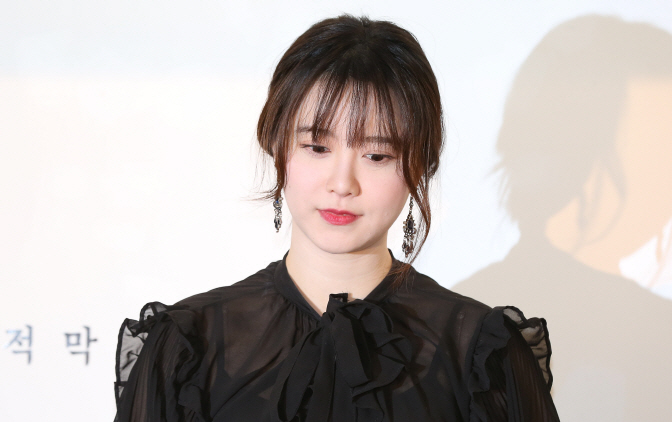 Announcing the release of her new book, “I Am Your Pet,” Ku said in an Instagram post on Sunday, “I am here to give my last goodbye to you. I am grateful for the enormous attention and love you gave to me and I could achieve my dream thanks to that.”

Ku’s divorce row with actor Ahn Jae-hyun became the center of public attention after the actress divulged on social media last month that Ahn is moving to divorce her against her will.

The couple’s management agency, HB Entertainment, then announced that the two actors have reached a point where they can no longer continue their married life due to various problems and decided to part ways after serious discussions.

But Ku has maintained that she will continue her marriage, a position again confirmed by Liwu Law Group on Monday.

“Ku’s stance remains unchanged that she will not divorce Ahn,” the official said.

Ku and Ahn, who met on the set of KBS 2TV’s medical fantasy series “Blood,” began dating in 2015 and tied the knot the following year.

Shortly after their marriage, the couple appeared on the reality TV show “Newlywed Diary,” which explored their married life.