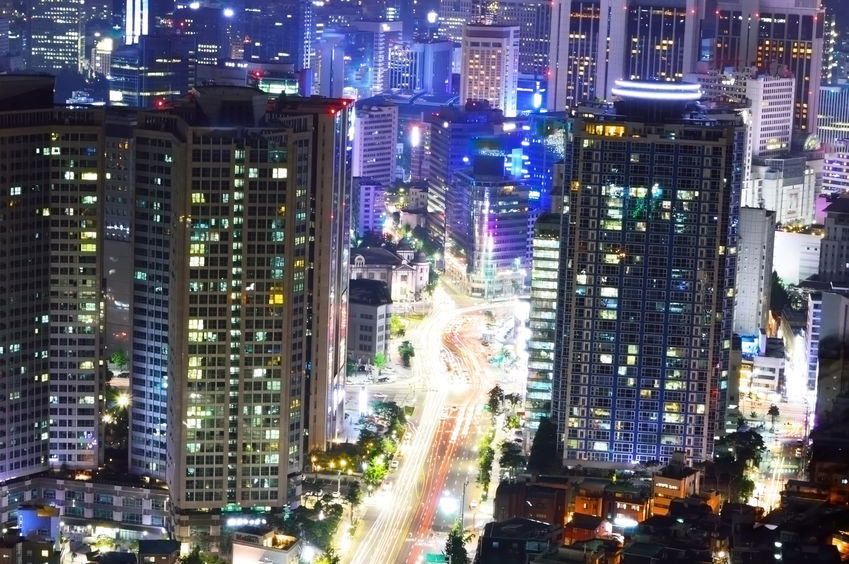 SEOUL, Oct. 5 (Korea Bizwire) — A 41 year-old office worker earned a windfall of 80 million won (US$71,000) over a canceled apartment transaction, a case that underscores the recent rapid surge in home prices in Seoul.

The salaried worker of a major South Korean conglomerate made a down payment of 10 percent of the price of a Seoul apartment worth about 800 million won in August. Just days later, the owner of the apartment unilaterally called off the deal in the belief that the price of his apartment could rise further.

The owner coughed up 160 million won — half for the down payment, half as compensation for the dead deal. Under local civil law, a home owner is required to pay back double the amount of the buyer’s initial payment if the owner cancels a contract.

“It’s a lot of money and it shows that there are asset price bubbles big enough to make the owner accept a hefty loss,” the salaried worker said. He asked not to be identified because he did not want to disclose his personal financial situation.

The episode illustrates a growing trend in which some homeowners are willing to accept financial penalties to cancel deals, believing they can cover those losses and even make a profit by selling their apartments at a higher price later.

The median price of apartments in Seoul hit a record high of 829 million won in September, up from 480 million won in December 2008 when such data began to be compiled, according to KB Kookmin Bank, one of South Korea’s biggest retail banks.

It was the first time that the median price surpassed the 800 million won mark in a country where annual average household disposable income was about 41 million won in 2016, the latest year for which statistics are available. The 2017 data on disposable income is set to be released in December.

The escalating prices mean that, if the average earner were to save his or her entire annual disposable income, it would take nearly two decades to be able to buy an apartment worth 800 million won. 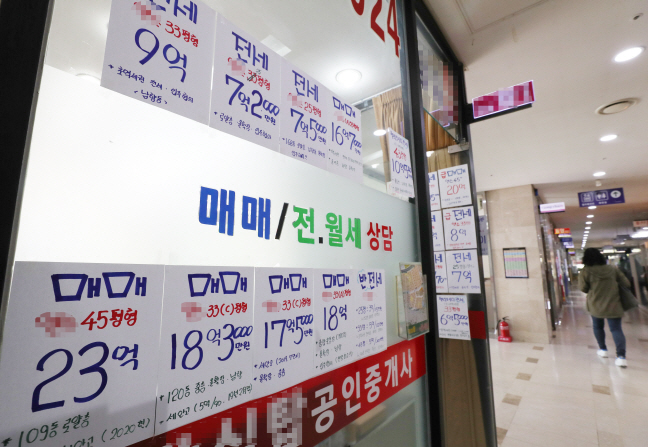 A realtor’s office displaying signs for home leases and home sales on Oct. 2, 2018. A sign lists the sale price of a 109-square-meter apartment near in Songpa, one of Seoul’s most affluent wards, at 1.83 billion won (US$1.6 million). (image: Yonhap)

Kim Soo-hyun, a 42-year-old employee at a brokerage firm in Yeouido, South Korea’s equivalent to New York’s Wall Street, said she regretted not buying an apartment a few years ago when the government was encouraging people to borrow to buy apartments.

“Now, I cannot afford an apartment because apartments have become so expensive,” Kim said remorsefully.

An employee at another brokerage firm in Yeouido said he purchased a new apartment in downtown Seoul for 780 million won in 2014, and his unit is now worth around 1.25 billion won. He asked to be identified only by his family name, Choi.

“The hike has given me a sense of psychological stability and I would have felt like I’d lost an opportunity if I had not bought the home,” Choi said.

Many South Koreans view apartments, especially those in Gangnam, Seoul’s most affluent ward, as not just a home but a good investment option, compared with risky assets, such as stocks and cryptocurrencies, amid low borrowing costs and about 1,100 trillion won of liquidity in the market.

Some wealthy people in provincial areas have gone on a shopping spree for apartments in Gangnam ward and other coveted areas in Seoul, looking for good investments.

The median price of apartments in Gangnam hit a record high of 1.05 billion won in September, up from 567 million won in December 2008, according to KB Kookmin Bank. The hike has made the ward — which drew global attention thanks to rapper Psy’s 2012 mega hit-song “Gangnam Style” — a no-go zone for most ordinary working South Koreans.

The recent spike was fueled mostly by Seoul Mayor Park Won-soon’s half-baked announcement of plans to develop Yeouido and Yongsan, the latter previously home to the headquarters of 28,500 U.S. troops.

The U.S. military has relocated its headquarters to Pyeongtaek, 70 kilometers south of Seoul, clearing the way for large-scale development in the heart of Seoul for the first time in more than six decades.

Park later put his ambitious development plan on hold as apartment prices showed signs of overheating in Seoul, home to about one-fifth of South Korea’s total population of 51 million.

South Korea’s low borrowing costs have also contributed to the surge in apartment prices in recent years, though market rates have been gradually rising since rate hikes in the United States.

The South Korean government has made thinly veiled calls on the central bank to increase rates partly to rein in excess liquidity, which officials say is to blame for overheating in the property market and soaring household debt.

In August, the Bank of Korea kept its policy rate unchanged at 1.5 percent. The central bank had cut rates in eight rounds since 2012, prompting more people take out loans to buy homes, which in turn sent home prices and household debt to record levels.

In 2014, it was legal in South Korea to borrow up to 70 percent of the value of a home and mortgage payments could be up to 60 percent of a buyer’s income.

The relaxed rules were meant to spur growth by boosting the real estate market, but they also sent a clear signal that people ought to borrow more to buy homes.

Fast forward to 2018: South Korea tightened the rules in all “speculative” and “overheated speculative” areas to try to rein in the booming housing market in Seoul and adjacent areas, limiting mortgages to 40 percent of apartment prices and repayments to a maximum of 40 percent of income.

Last month, the government also said it would further raise the tax burden on owners of high-priced houses and multiple homes and increase the housing supply in Seoul and adjacent areas.

The finance ministry said it would raise the so-called comprehensive real estate tax rate for properties valued at between 600 million won and 1.2 billion won by a maximum 3.2 percent from the current 2 percent.

“The housing market is not operating normally and is in an irrational state,” Finance Minister Kim Dong-yeon said last month. Kim also warned that the government would take additional measures in the event the market fails to stabilize.

The latest regulations have led to a temporary lull in the apartment buying spree as sellers and buyers engage in a psychological tug of war over the future directions of prices.

Some South Koreans remain unconvinced about the government measures.

Yoo Seon-jong, a professor of real estate studies at Konkuk University in Seoul, said many South Koreans are obsessed with land in their densely populated country, which is slightly larger in area than the U.S. state of Indiana.

Kim Mi-hee, a real estate agent in the western ward of Mapo, near Yongsan, said real estate is a good investment, noting that many people have made fortunes buying and selling apartments in the past few decades.

South Korea has grown to become the world’s 11th-largest economy from the ashes of the 1950-53 Korean War, a rapid industrialization that transformed the rice paddies, fields and orchards of Gangnam ward into residential and commercial buildings and made Gangnam the most sought-after area in South Korea.

“Apartment prices are likely to rise further if there is a trigger of any kind,” Yoo said. “How can the government overpower the market?”