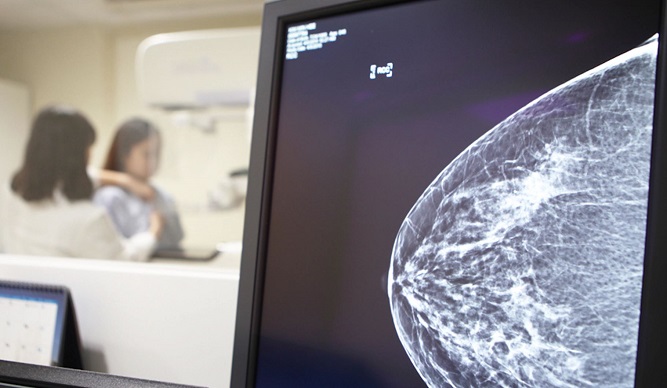 SEOUL, Dec. 2 (Korea Bizwire) — The scars left after breast cancer surgery are among the factors that greatly worsen quality of life for patients.

Fortunately, however, the areolar incision technique is emerging as an alternative that leaves almost no scars.

A recent study showed that the areolar incision technique has no significant differences in the degree of dermal necrosis and the risk of complications compared to the existing breast skin incision surgery.

A research team from the Ewha Womans University Mokdong Hospital announced on Tuesday that it had confirmed the effectiveness of the new technique by analyzing 61 breast cancer patients who underwent surgery at the hospital during the period from December 2018 to February 2020.

The comparison of 41 patients who underwent surgery with the areolar incision technique and the 20 patients who had scars after undergoing a conventional horizontal incision surgery showed that patients from the two groups were similar from the perspective of dermal necrosis and the risk of complications.

“If the areolar incision technique is implemented together with indocyanine green angiography, which observes the blood circulation of the skin for about three minutes after injecting a contrast medium, it minimizes the risk of complications while leaving almost no visible scars,” said Professor Woo Kyung-jae, a member of the research team.