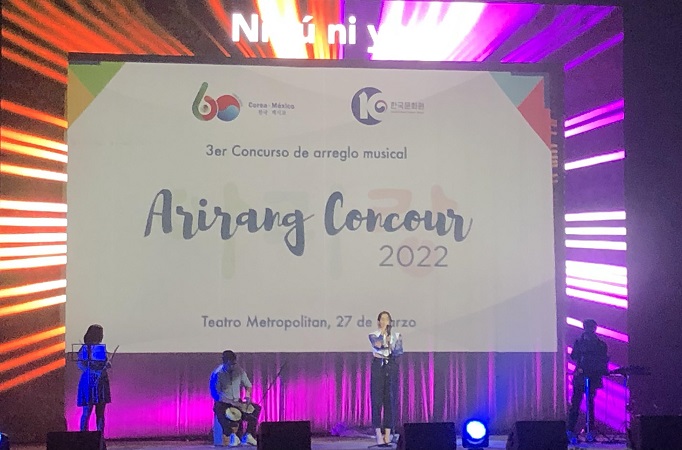 The South Korean culture center in Mexico City held the 3rd Arirang Concour at Teatro Metropolitan in Mexico City on Sunday (local time), inviting musicians from all across Mexico.

A total of 162 teams participated in the event, 12 of which made it to the finals to perform various rearrangements of Arirang in front of some 1,200 spectators and jury members. 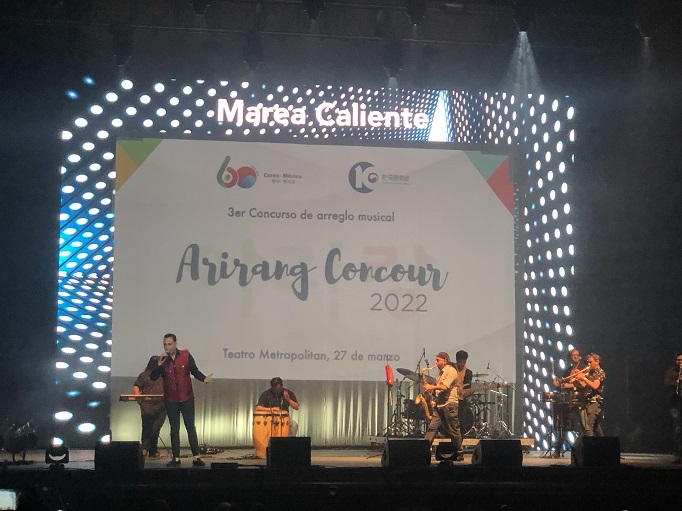 Competitors introduced a variety of Arirang interpretations including the Milyang, Jindo and Jeongseon Arirang, as rearrangements combined with modern genres like salsa, Latin pop and jazz.

The Arirang Concour has been held since 2017 as part of the center’s Arirang glocalization initiative.