“We have a campaign plan that addresses North Korea and what forces do we need to bring to bear in the advance.”

“I cannot elaborate, but I will state that the Coast Guard has a significant force package, ships and coastguardsmen on our part of the campaign plan, which will augment the overall force for a campaign with North Korea.”

– Adm. Paul Zukunft of the U.S. Coast Guard in an interview with a small group of reporters in Seoul. 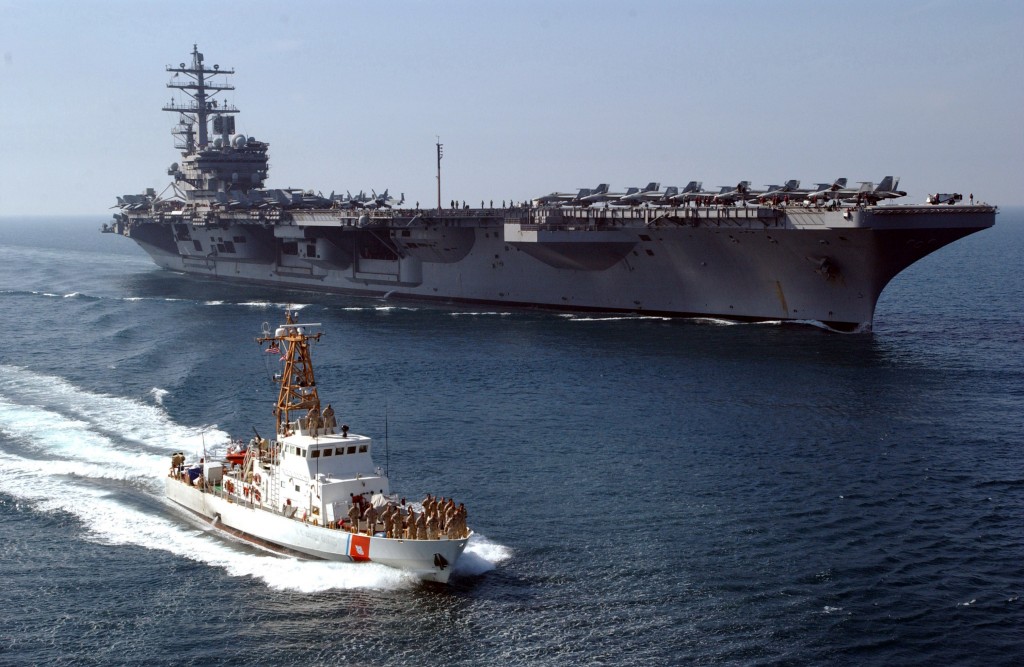 SEOUL, Sept. 16 (Korea Bizwire) – The United States Coast Guard maintains “a significant force package” as part of a war plan for North Korea under which all vessels and servicemembers would be deployed, the commandant of the U.S. body said Wednesday.

He was in Seoul to attend a Navy-hosted seminar on the integration of Coast Guard, Navy and Marine Corps forces as well as a local meeting of regional coast guard chiefs.

After recent inter-Korean tensions revealed the capacities of North Korea’s submarine and air-cushioned landing vehicles, the U.S. is reportedly revising its combat plan for the Korean Peninsula to better deal with increased military threats from the communist country.

Asked whether the change has also influenced naval operation plans, he said, “It affects all services,” virtually confirming the revision of the U.S. war plan for the peninsula.

But, the U.S. cannot be “at all places at all times” because conflicts are taking place in almost every corner of the world, the commandant said, adding that the country will build up military relationships with other nations to offset the shortage of assets.

Along with all other branches of the U.S. armed forces, the Coast Guard pays “very, very close attention” to North Korea, Zukunft noted, adding that “it is one area of concern that keeps all of us (U.S. forces) awake at night.”

Adm. Paul Zukunft, commandant of the U.S. Coast Guard, speaks during an academic seminar, organized by the South Korean Navy and Coast Guard, at a Seoul hotel on Sept. 16, 2015, in this photo released by the Navy. (photo courtesy of the Navy)

During peacetime, the U.S. Coast Guard focuses its military assets and servicemembers on search and rescue or law enforcement efforts, including the prevention of maritime drug trafficking under the wing of the Department of Homeland Security.

The control over the coastal forces shifts to the Department of Defense in a war situation, allowing Coast Guard forces to fight alongside the Navy and the Marine Corps anywhere in the world.