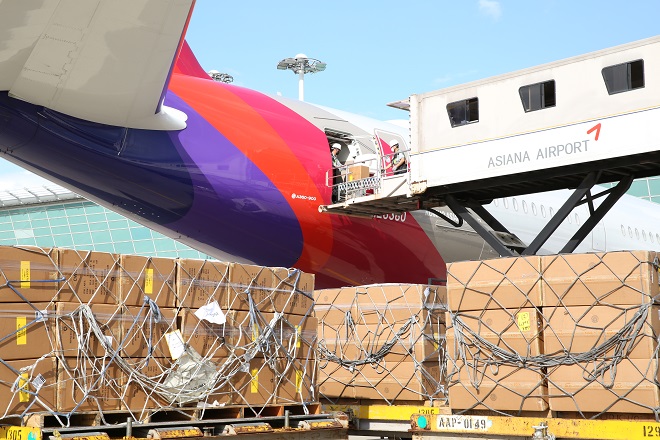 This file photo provided by Asiana Airlines shows an A350-900 passenger jet that has been converted into a cargo plane at Incheon International Airport in Incheon, just west of Seoul.

Asiana has converted two more A350-900 passenger jets into cargo carriers to meet cargo-transporting demands in Asia, Europe and the United States, the company said in a statement.

“The company is putting a bigger focus on winning more air cargo deals to survive the COVID-19 pandemic,” the statement said.

The move is in line with moves by global airlines, which are now using their passenger planes for cargo flights, either by using cargo seat bags or removing seats.