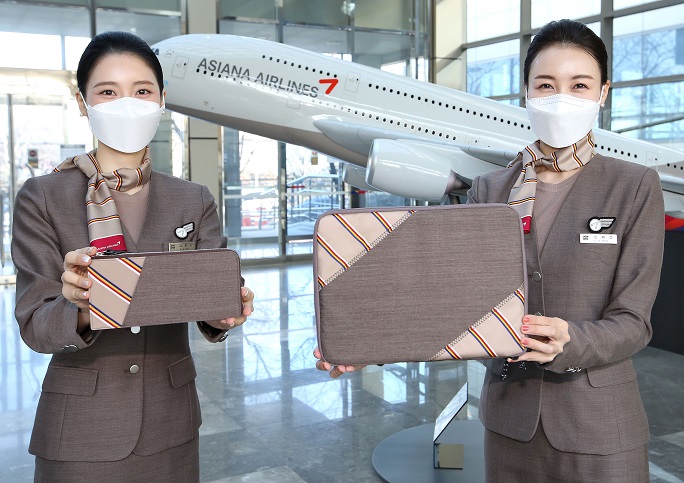 The tablet pouches were designed after the official uniform worn by flight attendants at Asiana.

The company plans to give them out as special gifts to passengers and staff. 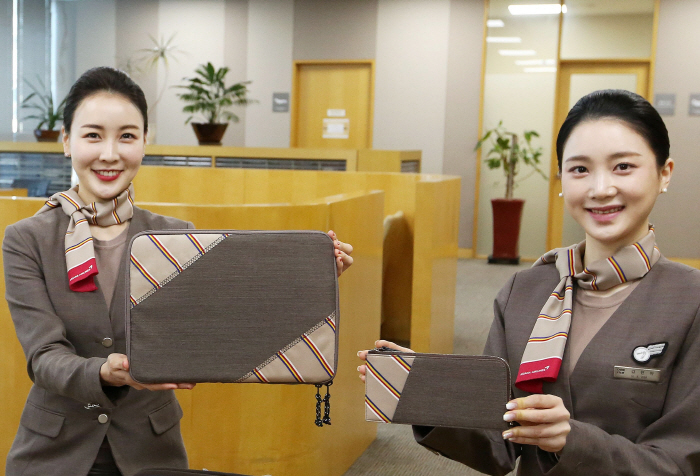 Asiana throws away some 30,000 uniforms every year. They are worn by more than 8,000 employees including cabin crew, engineers and office staff.