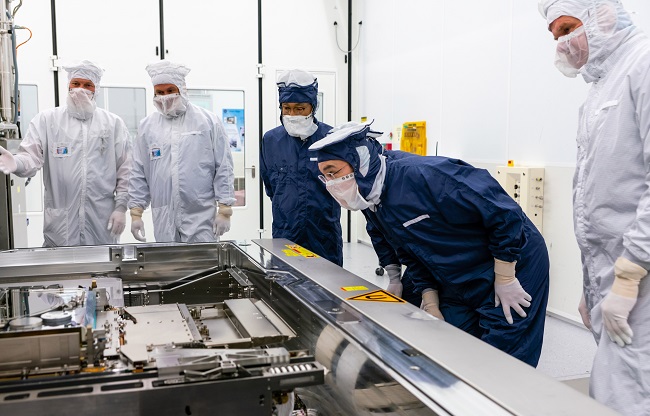 The Ministry of Trade, Industry and Energy announced Thursday during its briefing on K-semiconductor blueprint that ASML will invest in the country.

The company will invest 240 billion won (US$212 million) to set up an extreme ultraviolet (EUV) Cluster by 2025, which will include remanufacturing plants and training centers, in Hwaseong, Gyeonggi Province.

ASML holds a worldwide monopoly in supplying EUV lithography equipment, which are crucial for making semiconductors.

Despite steady demand from Samsung Electronics Co. and SK hynix Inc., Taiwan Semiconductor Manufacturing Company (TSMC) and other chipmakers, ASML can only make 30 to 40 devices each year.

A part of ASML’s decision to build a remanufacturing plant in Korea has to do with upgrading the existing EUV facilities in the country.

Experts believe that this decision will also help ASML to promote closer ties with some of its best clients in the country, including Samsung Electronics and SK hynix.