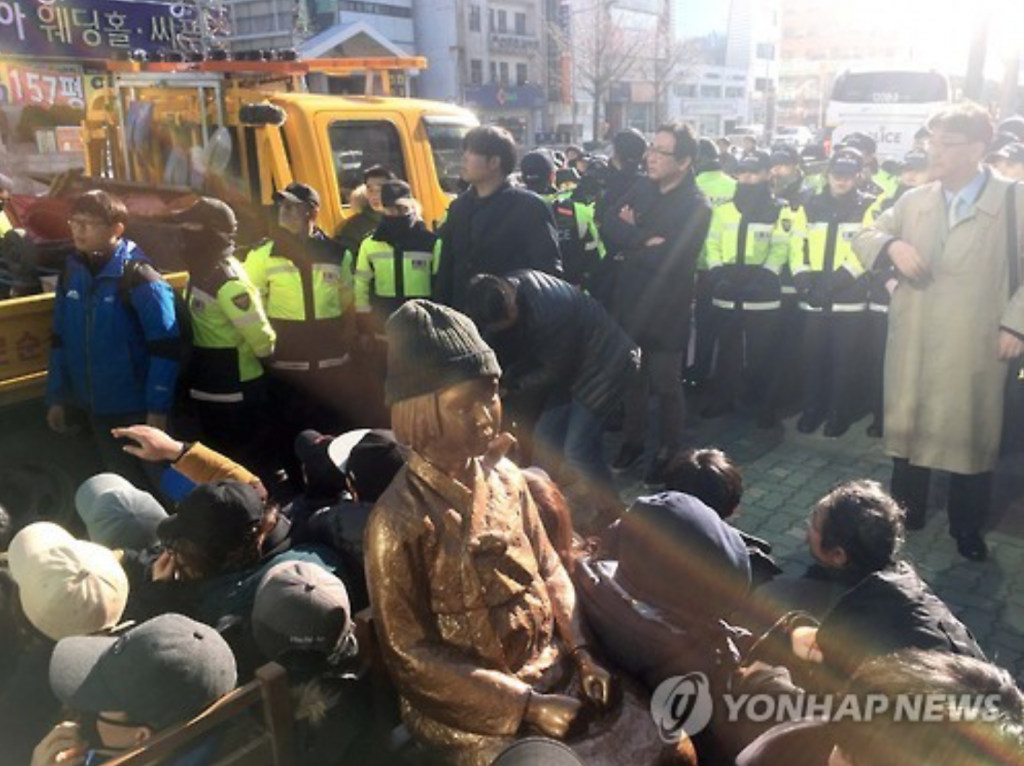 Some 150 members of a civic group tried to set up the statue on the sidewalk adjacent to the Japanese Consulate at around 12:30 p.m., calling for the Japanese government to offer an apology and compensation for its wartime sexual enslavement of Asian women, many of whom were Korean.

They also protested the Seoul-Tokyo landmark deal in December 2015, in which Tokyo apologized for its colonial-era atrocities and agreed to provide 1 billion yen (US$9.4 million) for the creation of a foundation aimed at supporting the victims, euphemistically called comfort women.

The statue, which is similar to the one erected in front of the Japanese Embassy in Seoul, was moved by a forklift, with officials saying that the statue’s installation obstructed a road.

During the confrontation between the two groups, a college student was detained on charges of obstructing official duties, police said. 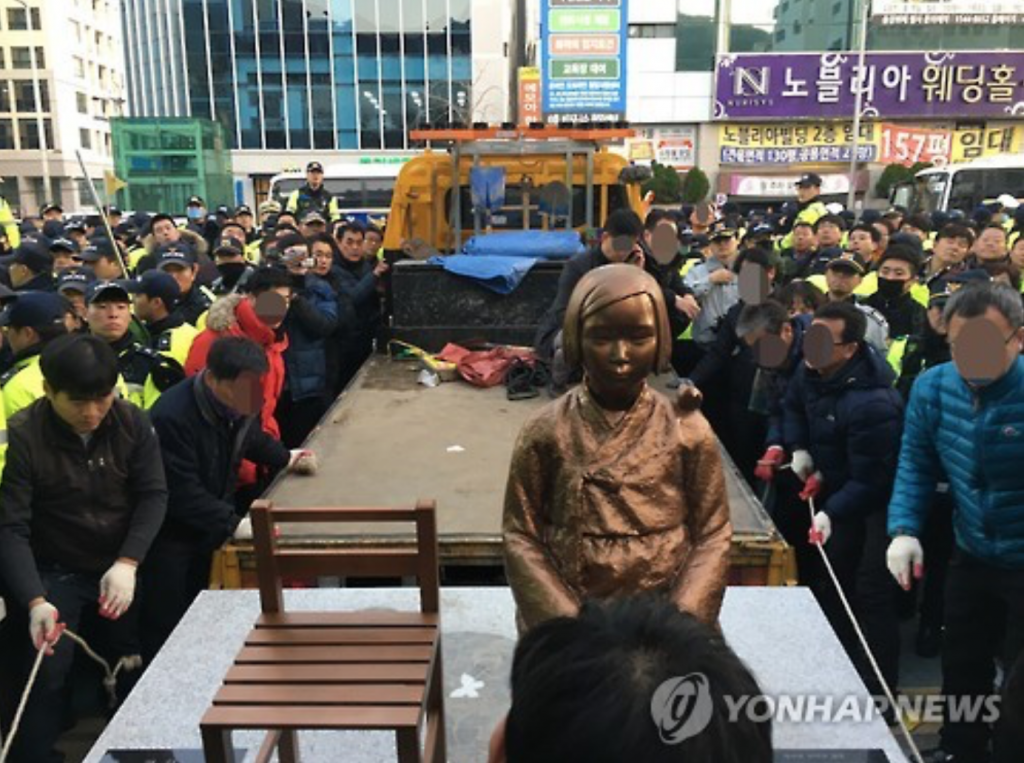 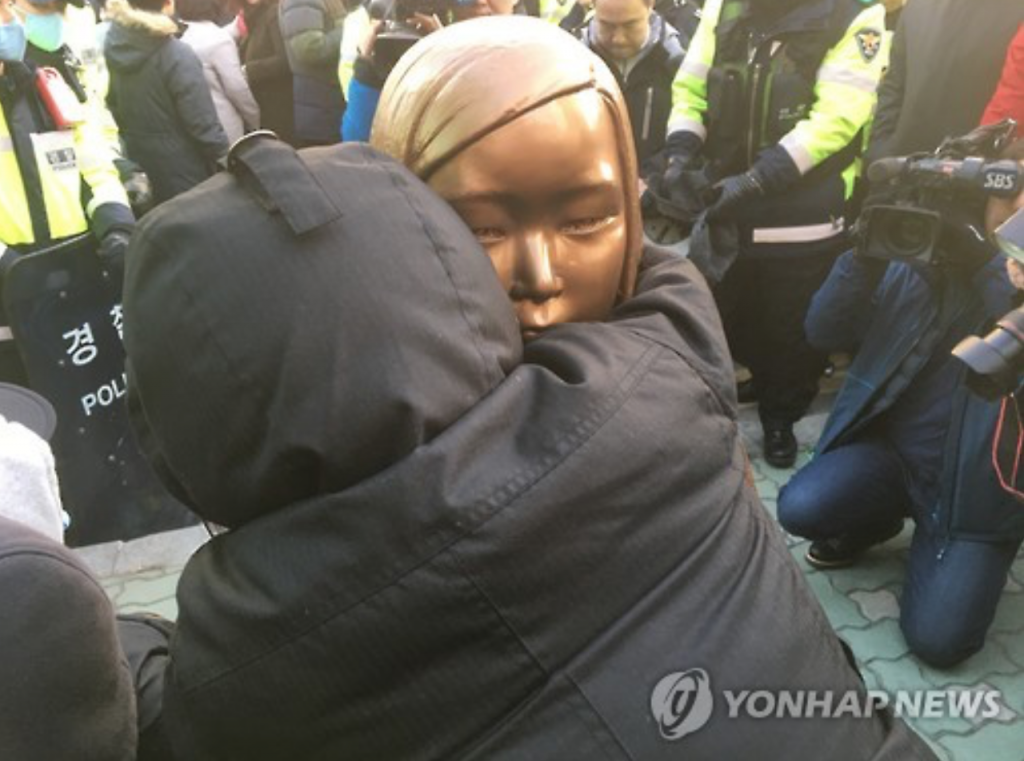 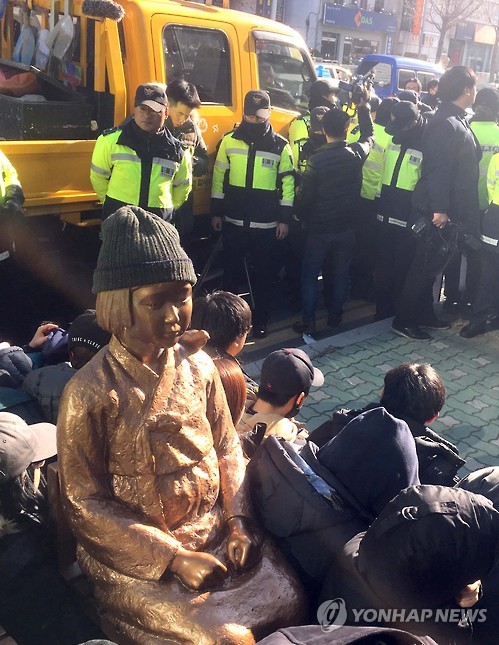