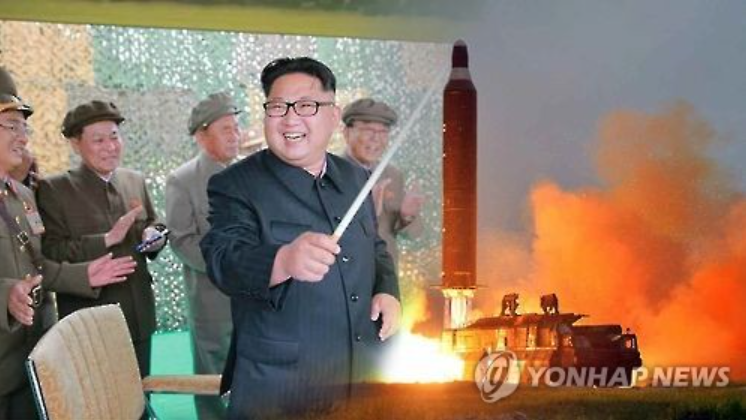 Last week, North Korea claimed it successfully launched an intermediate-range ballistic missile (IRBM), which theoretically has the range to hit some U.S. military targets in the western Pacific, such as Guam. (image courtesy of Yonhap)

SEOUL, June 26 (Korea Bizwire) — North Korean leader Kim Jong-un’s next move after the recent “successful” Musudan missile launch is drawing keen attention as it could help the outside world gauge the future direction of the reclusive country, Pyongyang watchers in the South said Sunday.

Observers said the actions Kim takes will be of critical importance as they could fuel confrontations or allow all sides to take stock of the current situation and try to diffuse tensions.

Last week, the country claimed it successfully launched an intermediate-range ballistic missile (IRBM), which theoretically has the range to hit some U.S. military targets in the western Pacific, such as Guam.

South Korean and U.S. sources have declined to definitively verify if the launch of the missile was a success or failure, but the issue was quickly and strongly condemned by the United Nations Security Council (UNSC), which reflects the gravity of the incident.

Seoul confirmed the IRBM reached an altitude of over 1,000 kilometers and flew some 400 km before hitting the East Sea, with some local and U.S. experts arguing that the last Musudan test was partly successful and may indicate Pyongyang has learned from its past failures. Since April, the North has test-fired six Musudans, with five having exploded in mid-flight or crashed prematurely.

Chang Yong-seok, a researcher at Seoul National University’s Institute for Peace and Unification Studies, said that at present, Pyongyang may not seek talks but strive to strengthen its capability and force the international community to give up its sanctions. He said such a tactic is aimed at getting the world to accept a settlement that is favorable to the North. 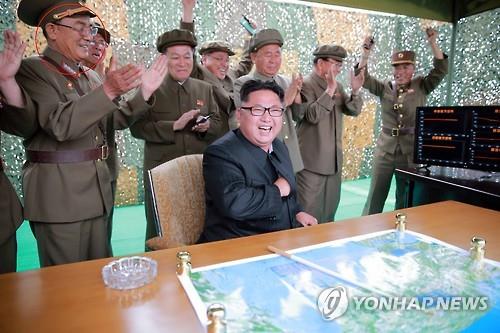 North Korea’s top leader Kim Jong-un (seated) and other officials are elated after watching what the country claimed as a successful launch of its Hwasong-10 ballistic missile in this photo released by the Rodong Sinmun, the North’s ruling party newspaper, on June 23, 2016. (For Use Only in the Republic of Korea. No Redistribution) (Yonhap)

“The North’s game plan may be to show off its capability so that other countries won’t be able to call for denuclearization,” the expert speculated.

Chang, citing Kim’s orders issued in March that called for the early test of another nuclear warhead and the development of a missile capable of delivering a nuke payload, predicted the communist country may further provoke the world at large.

“There is a good chance that the North will detonate another nuke and launch a solid fuel intercontinental ballistic missile,” he said.

This view is in line with concerns raised by South Korea’s military that said more nuclear tests and missile launches cannot be ruled out.

On the other hand, Kim Dong-yeob, a professor at Kyungnam University’s North Korean studies school, claimed, based on the success of the latest IRBM test, that the North Korean leader may tone down his saber rattling and focus more on the economy and diplomatic persuasion.

The North’s economy is facing severe challenges after the UNSC slapped its toughest sanctions on the country earlier this year.

He argued that there are bound to be some sort of under-the-table talks going on between Washington and Pyongyang so the North will not move hastily to blow up another nuke just yet.

“The North, moreover, may try to mend frayed relations with China at this time,” Kim said.

Others like Kim Heung-kyu, the director of Ajou University’s China Policy Institute, predicted the North may become more “flexible” after what it perceives as a successful missile launch.

He claimed that with some degree of new found confidence the North Korean leader may visit China to try to rebuild bilateral ties that are critical for Pyongyang’s well-being.