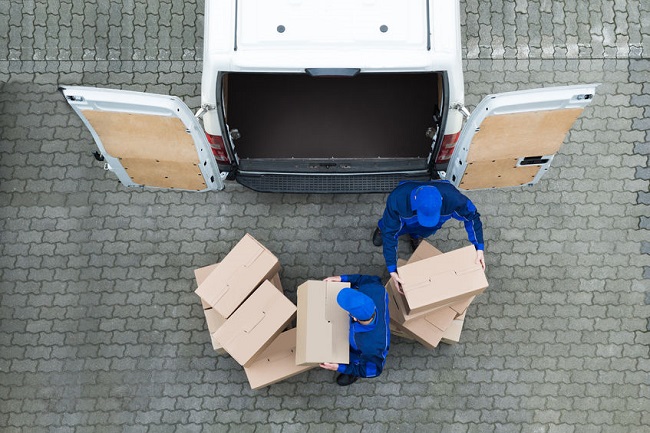 Working in the warehouses that receive, store and load delivery trucks is a grueling business; there’s a reason why Koreans compare working there to working in hell. (Image:Kobiz Media)

SEOUL, Jul. 12 (Korea Bizwire) — Things are looking up for workers in the package delivery industry. The South Korean government has recently announced that it will pledge up to 13 billion won by the year 2022 to reform and improve working conditions. A major chunk of the investment will be used to improve the technology in place to, quite literally, lighten the load on workers’ shoulders.

Working in the warehouses that receive, store and load delivery trucks is a grueling business; there’s a reason why Koreans compare working there to working in hell. Which is why the proposed technological improvements make so much sense. The Ministry of Land, Infrastructure and Transport in a public statement emphasized a number of technologies that it believes will particularly benefit warehouse workers.

One planned development is the implementation of controls that would enable conveyor belts to elevate or descend. A seemingly minor change, sure, but try telling that to men and women who’re bent over from picking up heavy things all day. Lifts that enable quicker and safer, not to mention easier, means of unloading cargo vans will also be installed for workers’ convenience.

The headache of organizing and properly placing packages in the right place will also be handled by the miracle of technology. Automated systems will do the heavy lifting, leaving human minds with the task of pitching in when necessary and generally overseeing the system.

Some of the money will be spent outside the warehouse as well. For years, delivery workers have faced difficulty in maneuvering their cargo vans and trucks around cramped spaces, especially into basement level parking lots with low ceilings. As a remedy, the cargo holds’ ceilings will become adjustable in height, enabling the vehicles to freely enter areas that were difficult to access.

R&D on the proposed projects is expected to begin by next year. The truck cargo hold technology and the various warehouse technologies are expected to be fully implemented by 2021 and 2022, respectively.

It remains to be seen whether the government’s proposed reforms can successfully pull workers out of “hell” and into a better future.