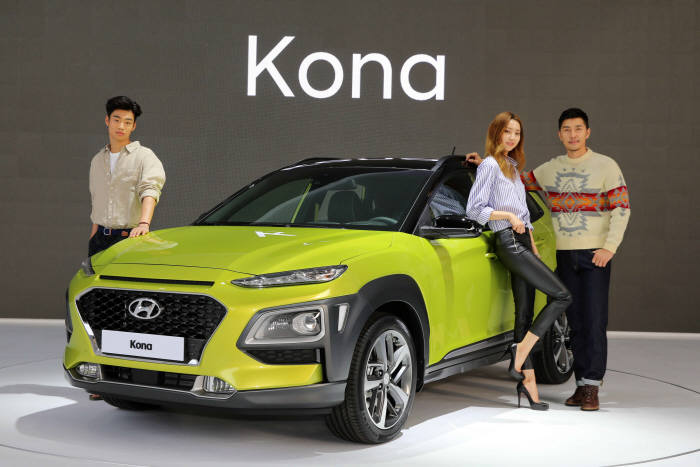 In an extravagant rollout in Seoul, South Korea’s leading automaker Hyundai unveiled its first subcompact SUV Kona in an effort to bolster its SUV lineup amid growing demand for recreational vehicles.

In the launch ceremony, Hyundai’s Vice Chairman Chung Eui-sun stressed the need to tap into the soaring segment amid slumping exports and stubbornly weak domestic demand.

“The global SUV market has grown at an average of 20 percent in the past seven years. In particular, global carmakers are vying for a bigger share in the subcompact SUV market,” Chung said in a press conference for the Kona’s world premiere.

The debut of the Kona has left Ssangyong, Renault Samsung and GM Korea on edge. Market watchers say Hyundai’s new vehicle could come as a game changer should the carmaker mount a sales campaign by harnessing its brand power and pitching the Kona’s strong features. 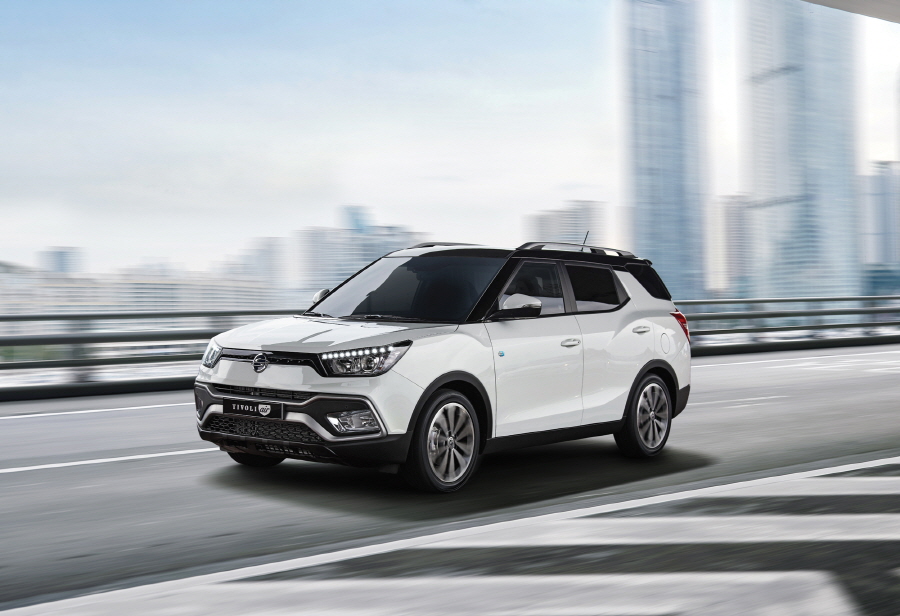 The Kona SUV is mated to either a 1.6-liter gasoline turbo engine or a 1.6-liter diesel engine and fitted with a seven-speed dual clutch transmission. The Kona is priced at between 19 million won (US$16,900) and 27 million won for domestic motorists.

Currently, Ssangyong dominates the domestic market for subcompact SUVs with an estimated share of 67 percent, followed by Renault Samsung with 20 percent and GM Korea with 13 percent.

Industry sources said segment leader Ssangyong seems to be putting on a good face for the debut of a strong rival, believing that the Tivoli is competitive in terms of price and space. The starting price of the Tivoli is slightly lower than the Kona.

Renault Samsung is poised to counter Hyundai’s offensive by stressing that its QM3 has long been a bestseller in Europe and other overseas markets on the back of its excellent fuel economy and driving efficiency. The QM3′s mileage amounts to 17.3 kilometers per liter, compared to 16.8 kpl for the Kona and 14.7 kpl for the Tivoli.

“In order to counter escalating competition in the small SUV segment, Renault Samsung will wage a marketing campaign by stressing its sleek design as well as top-tier fuel and driving efficiency,” a company official said.