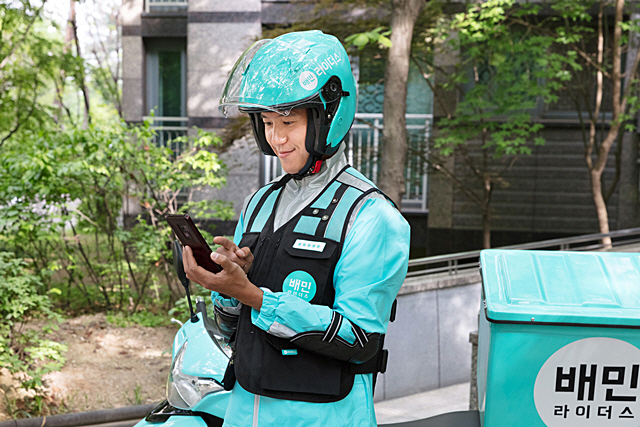 To expand their presence in the rapidly growing food delivery app market, latecomers, armed with abundant capital, are chasing the front-runner at a blistering pace.

To maintain its leadership, Baemin recently put itself into an emergency-operation mode.

As Coupang Eats jumped to the No. 3 spot in the domestic food delivery app market, the management of Woowa Brothers Corp., the operator of Baemin, has held frequent emergency meetings in recent days.

In such meetings, management said it needs to watch the market situation with the highest level of alert in order for the company to maintain its lead.

According to Woowa Brothers’ in-house analysis, the company’s market share is now estimated at about 55 percent, down 5 percentage points from 60 percent last year.

Its rivals are moving heaven and earth to catch up. In particular, Coupang Eats, a subsidiary of Coupang – one of the nation’s largest e-commerce platforms – is growing at an eye-popping pace.

According to app analysis firm MobileIndex, Coupang Eats saw its number of monthly active users (MAU) reach 400,000 in June, ten times higher than a year ago.

Coupang Eats overtook Baedaltong, which has a MAU of 270,000, rising to the No. 3 spot in the nation’s food delivery app market. 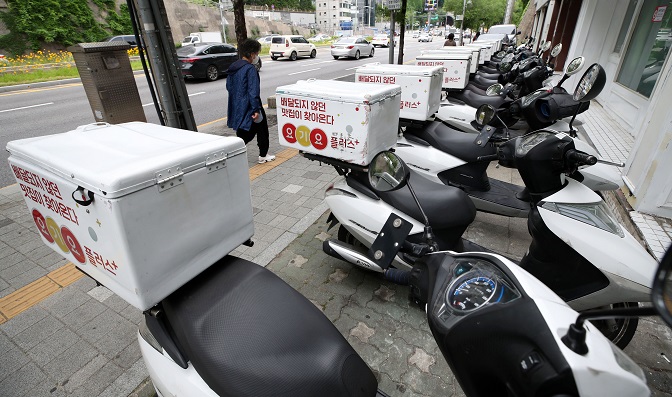 Some market experts said it’s just a matter of time for Coupang Eats to overtake the No. 2 player Yogiyo, which has a MAU of 4.9 million.

A local open market operator Wemakeprice Inc.’s WMPO is also seeing robust growth with its MAU estimated at 140,000 in June, an elevenfold increase from a year before.

Compared to its challengers including Coupang Eats, Baemin is falling behind in capital strength.

Baemin is also trapped in controversy over fee hikes. The company recently attempted to raise its fee commissions but faced strong criticism and was forced to backtrack.