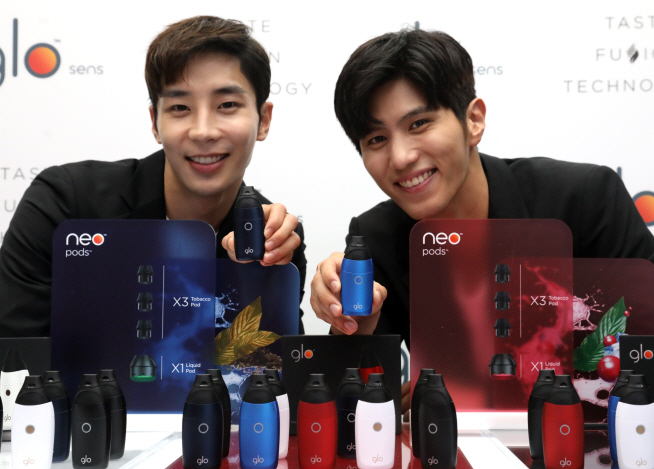 BAT Korea chose South Korea as the first market to promote its glo sens product, a combination of a vaping and heat-not-burn product, the company said in a statement.

“Korea is one of the most challenging and dynamic markets in the world with distinctive consumers of IT-friendly, social and fast-moving trends,” BAT Korea Chief Executive Kim Eui-soung said in a press conference.

BAT said it plans to continue to invest in its Korean facility to increase its output to 50 billion cigarettes by 2021 from 34 billion in 2018.

BAT has spent over 700 billion won (US$604 million) in South Korea that includes 430 billion won in its plant in the southwest city of Sacheon.

The Sacheon factory, 440 kilometers south of Seoul, began operations in October 2002 and has served as a core export base of BAT. The plant had produced an accumulated 300 billion cigarettes as of the end of June.

BAT Korea has sold its mainstay Dunhill and Rothmans products, and the tobacco heating system device glo with neo sticks in Korea.

It exports 80 percent of its products to countries that include Japan, China, Australia, New Zealand, Hong Kong and Taiwan.

In the past three years, the British tobacco company suffered a decline in domestic sales amid tougher competition with the domestic tobacco giant KT&G Corp. and imported brands, such as Philip Morris International Inc. (PMI).

In Korea, KT&G accounts for about 60 percent of the domestic tobacco market that does not include e-cigarettes, followed by PMI with a stake of 23 percent and BAT with a 14 percent stake.