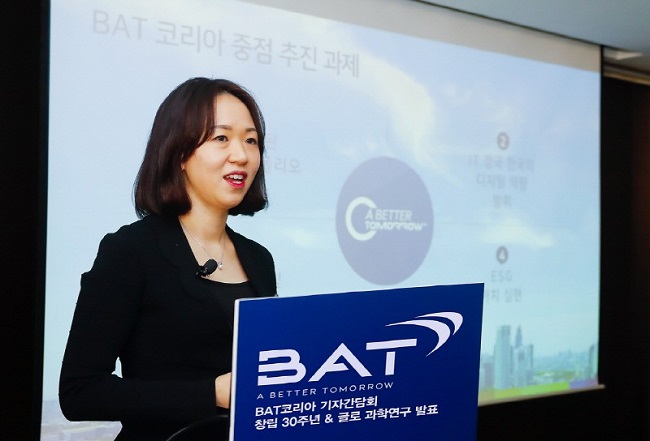 SEOUL, Nov. 5 (Korea Bizwire) — British American Tobacco (BAT) Korea said Thursday it will increase the ratio of non-combustible cigarette products to 50 percent by 2030 to boost sales amid regulations and health concerns over smoking.

The British tobacco company has sold the heat-not-burn glo tobacco heating product (THP) series in the Korean market since 2017 on top of its traditional cigarette products.

Currently, traditional cigarette products account for 90 percent of BAT Korea’s total sales, with the remaining 10 percent coming from non-combustible ones.

“The company will focus on increasing the sales ratio of non-combustible products in the coming years. I personally expect the proportion to grow to 50 percent out of sales by 2030,” BAT Korea Country Manager Kim Eun-ji said in a press conference.

The move is in line with parent BAT Group’s plan to secure 50 million customers of its non-combustible products by 2030, BAT Korea said.

BAT, the maker of Dunhill and Lucky Strike cigarettes, currently has 13 million customers of its non-combustible products.

The country manager said BAT Korea will make stepped-up efforts to improve the understanding of customers about the “potentially reduced risk alternative to cigarettes” and supply more products through digital channels. 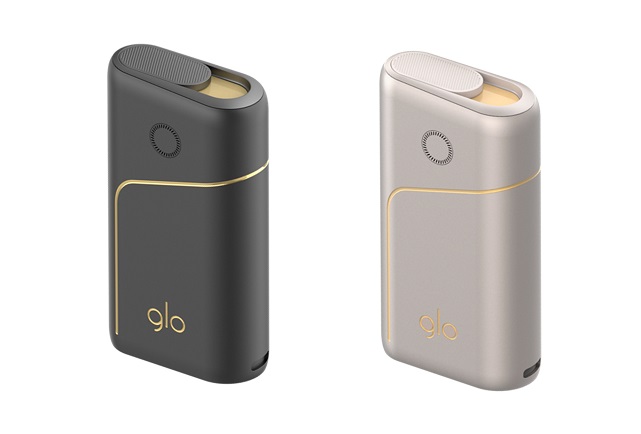 This file photo provided by BAT Korea shows its glo pro tobacco heating device that went on sale in South Korea on Dec. 2, 2019.

In August last year, the company chose South Korea as the first market to promote its glo sens product, a combination of a vaping and heat-not-burn product, before it launches in Japan and other markets later that year.

In Korea, dominant local firm KT&G Corp. accounts for about 60 percent of the local tobacco market that does not include e-cigarettes, followed by Philip Morris International, Inc. with a stake of 23 percent and BAT with a 14 percent stake.

BAT plans to continue to invest in its Korean facility to increase its output to 50 billion cigarettes by 2021 from 34 billion in 2018.

BAT has spent over 700 billion won in Korea, which includes 430 billion won for its plant in Sacheon, 440 kilometers south of Seoul.

The Sacheon factory began operations in October 2002 and has served as a core export base of BAT. The plant had produced an accumulated 300 billion cigarettes as of the end of June.

This year, BAT Korea expects to achieve $400 million in exports, up 33 percent from shipments worth $300 million last year.