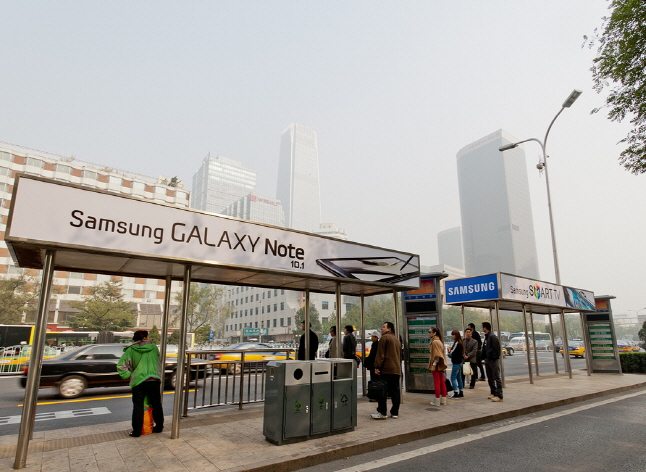 The billboards were being used by Samsung, Hyundai, and other major South Korean companies for advertisement. (image: Samsung Electronics)

SEOUL, Jul. 2 (Korea Bizwire) — Some 120 billboards in Beijing paid for by South Korean companies were demolished overnight without any prior notification.

Sources said that some 300 personnel hired by a public firm owned by the city of Beijing took down outdoor billboards located at bus stops on Chang’an Avenue on Saturday.

The billboards were being used by Samsung, Hyundai, and other major South Korean companies for advertisement. The recent demolition comes after several billboards in the area were taken down in July last year.

Chang’an Avenue has been one of the major advertisement spots for South Korean firms since it is located in the central part of Beijing and houses a number of South Korean companies.

IMS, a local billboard management firm, had already signed a contract with the city firm to use the billboards until 2025.

Last year, however, the city firm demanded termination of the contract due to ‘landscape maintenance,’ and unilaterally took down 70 out of 200 billboards in July, as well as the remaining ones on Saturday.

The city firm failed to send any prior notifications or plans for compensation both in July and on Saturday.

“We have demanded compensation from authorities in Beijing, but there hasn’t been a clear response,” said the South Korean Embassy in Beijing.