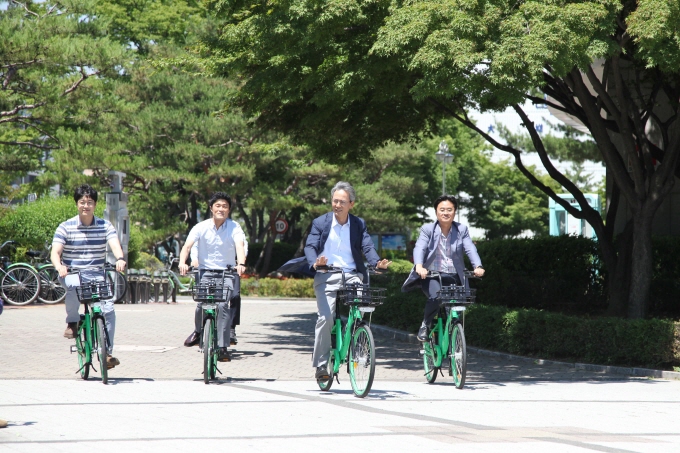 Since June, the cooperation has implemented the system for employees with a commute of more than 2km among some 800 employees.

If an employee applies for participation in the program and rides a bicycle to and from work more than 20 times a month, the corporation will pay an allowance of 20,000 won (US$17.28) per month in community currency.

A smartphone record app will prove the distance traveled using the bike.

Currently, about 50 employees are participating in the bike-to-work allowance system.

The corporation analyzed that if employees go to work on a bicycle, considering the 260 working days a year based on five work days a week, they will be able to reduce carbon dioxide emissions by 1,000 tons, with a driving distance of more than 100,000 kilometers.

One of the participating employees said, “It is not easy to commute by bicycle on a hot day,” but added that “The allowance is also a bonus, but if you ride a bicycle to and from work, it is good for your health and you can avoid getting stuck in traffic jams.”