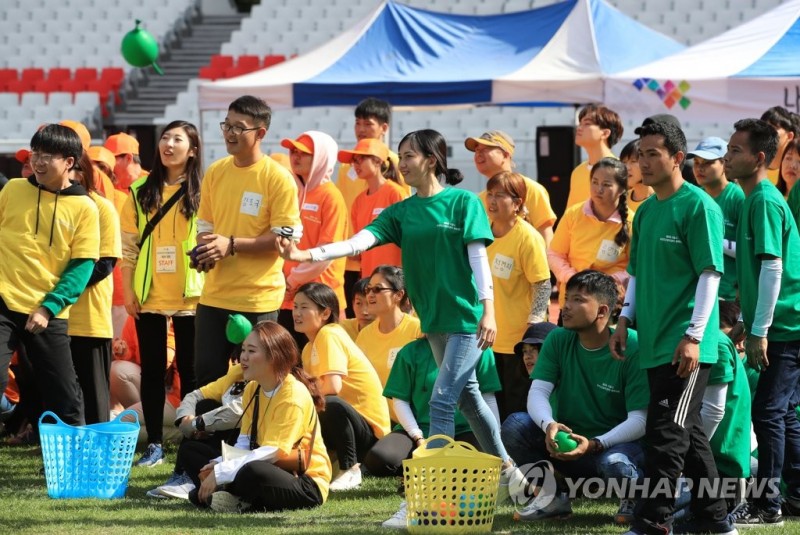 The decrease, not surprisingly, has been driven by the same factors experienced by Korean families. (image: Yonhap)

Statistics Korea announced on Wednesday that the number of newborn babies from multicultural families last year amounted to 18,440, which was 5.1 percent fewer than the previous year.

The decrease, not surprisingly, has been driven by the same factors experienced by Korean families.

The number of marriages has been decreasing, while maternal age at birth has been increasing. The number of multicultural marriages, which peaked at 35,098 in 2010, dropped to 21,709 in 2016.

Compared to 2015, the percentage of new brides in their late 20s dropped by 2.1 percent, but increased by 0.7 percent and 1.4 percent, respectively, for those in their early 30s and late 30s.

The average maternal age of birth among multicultural families last year was 30.2 years, which was 2.5 years higher than in 2008.

“Now, the number of multicultural marriages is decreasing, while married households are gradually settling in, hence the increasing number of second and third-born children while first-borns are on the decrease.”

The source added that “multicultural births have surpassed 5 percent of the total number of births in the country for the very first time since 2008 when data on multicultural families was first collected.”

“This can be explained, however, by the sharp decrease in the total number of births in the country, raising the ratio of multicultural births which also decreased, but less sharply.”