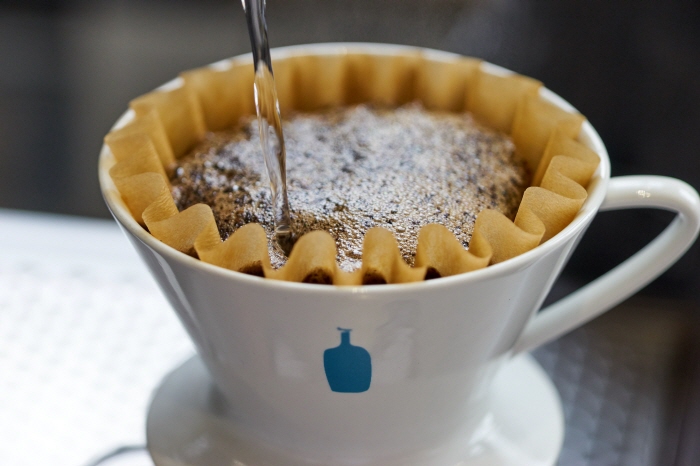 SEOUL, Nov. 7 (Korea Bizwire) — Blue Bottle Coffee Co., an upscale U.S. coffee chain operator, said Wednesday that it will open its first Korean shop in Seoul in the second quarter of next year as the company moves to expand its presence in the Asian market.

It said the new cafe and a roastery will open in Seoul’s eastern Seongsu neighborhood, a trendy hangout spot where young artists and designers renovated existing buildings into art spaces, fine restaurants and cafes.

The move will mark Blue Bottle’s second international launch since it opened its shop in Tokyo in 2015. Blue Bottle said it will directly enter the South Korean market as Blue Bottle Coffee Korea, Ltd.

“We feel very close to our South Korean guests, having known them for years in our cafes in the United States and Japan and on social media,” Bryan Meehan, CEO of Blue Bottle Coffee, said in a statement. “Now, Blue Bottle Coffee will no longer be just a tourist destination for them but a part of the fabric of Seoul.”

Founded in 2002, the Oakland-based roaster now has 56 cafes in the U.S. and 10 in Japan. Swiss food giant Nestle bought a 68 percent stake in the company last year.

According to government data, the size of South Korea’s coffee market stood at 11.7 trillion won (US$10.8 billion) in 2017, up more than threefold from a decade earlier.