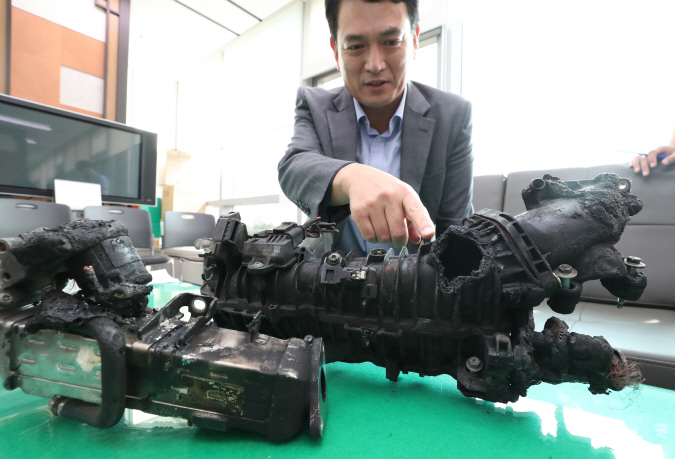 According to the government, the German car manufacturer has been performing tests up until recently to determine the cause of the fires. (image: Yonhap)

SEOUL, Aug. 7 (Korea Bizwire) — With BMW issuing a recall for a number of its car models after a spate of engine fires, a similar instance that occurred in Europe in 2016 is gaining widespread attention, making it difficult for BMW to avert controversy for what some say is a tardy response to a potentially dangerous manufacturing defect.

The Ministry of Land, Infrastructure and Transport held a press conference yesterday to announce that in 2016, BMW was made aware of similar engine fires in Europe.

According to the government, the German car manufacturer has been performing tests up until recently to determine the cause of the fires.

BMW has yet to provide detailed information on how the fires started and how many cases were reported. The ministry has asked BMW to submit the details relating to prior incidents.

The recent developments were uncovered following the submission of a technical analysis by BMW to the government.

Despite having known of the fires as early as 2016, BMW failed to act while more than 30 of its vehicles went up in flames.

BMW said that it had been collecting data and performing tests to determine whether a component called an exhaust gas recirculation (EGR) cooler was faulty and the cause of the fires.

The carmaker recently announced that the tests have been concluded. But critics say that the timing of the announcement coincides with the recent string of engine fires, which has escalated into a crisis for BMW.

Thus, BWM is expected to be heavily criticized for having had the capacity to voluntarily recall the cars earlier, but choosing not to.