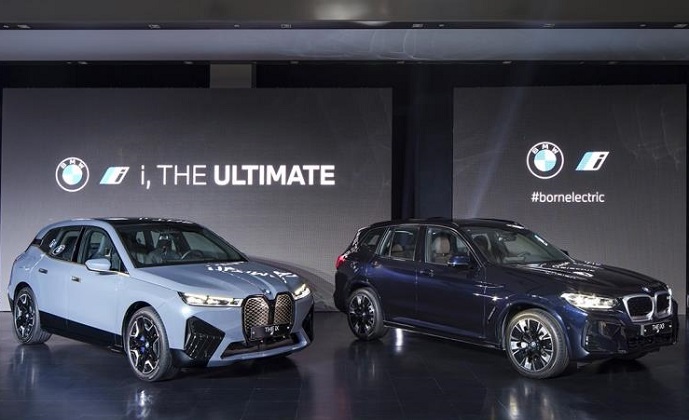 This week, BMW added the all-electric iX flagship SUV and the iX3 midsized SUV to its existing EV lineup composed of the pure electric i3 subcompact car and the plug-in hybrid i8 sedan.

“The company will continue to beef up its EV lineup by adding electrified models to each segment to satisfy customers’ demands,” BMW Korea said in a statement.

The former can reach 100 kph from zero in a whopping 4.6 seconds and can travel 447 km on a single charge, while the latter can accelerate from zero to 100 kph in 6.1 seconds and travel 313 km, the statement said.

From January to October, BMW Group Korea — which has BMW, MINI and Rolls-Royce under its wing — sold a total of 67,133 vehicles, up 19 percent from 56,436 units in the year-ago period.

German carmakers have fared better than their Japanese, U.S. and other multinational rivals in Asia’s fourth-biggest economy during the extended COVID-19 pandemic.

Seven out of 10 imported vehicles sold in Korea during the 10 months were from Germany.

Import brands accounted for 20.65 percent of the Korean passenger vehicle market in September, up from 15.7 percent a year ago. Their market share for October will be available next month.