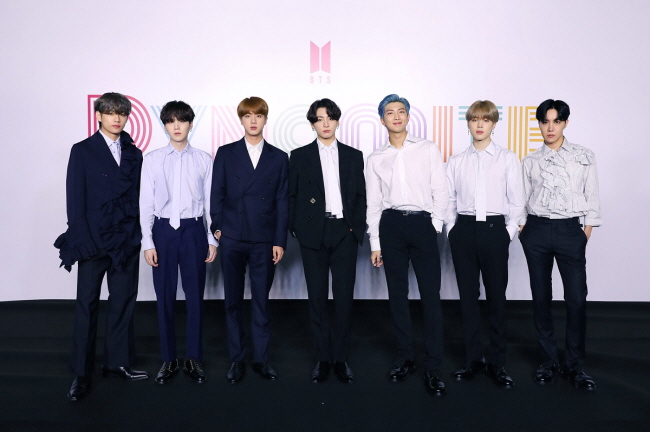 The offering price represents the upper end of its IPO price range provided for two-day demand forecasting for domestic and foreign institutions investors on Thursday and Friday. The lower end was 105,000 won.

A total of 1,420 institutions took part in the demand forecasting session for 4.28 million shares, or 60 percent of the 7.13 million shares Big Hit Entertainment plans to sell next month.

The proportion of shares allocated for institutions was 1,117.25 times oversubscribed, lower than the subscription rate of 1,479 times for Kakao Games Corp. that went public early this month.

But it was higher than 836 times for SK Biopharmaceuticals Co., which carried out an IPO in early July and sparked a subscription craze among retail investors.

Based on the offering price, Big Hit Entertainment is forecast to raise 962.6 billion won through the planned IPO, with its market value estimated to reach nearly 4.8 trillion won.

Big Hit Entertainment is scheduled to allow general investors to subscribe to its shares on Oct. 5-6 before making a debut on the country’s main stock market on Oct. 15.